Climbing the highest volcanoes on every continent alone, without any backup is definitely not for the faint-hearted! You’d have to be bold, spirited…and just a little bit crazy. But Olga Rumyantseva certainly isn’t daunted by the prospect. She has set off to conquer Mt. Sidley, Kilimanjaro, Mt. Giluwe, Damavand, Elbrus, Pico de Orizaba and Ojos del Salado. Now, we at Kaspersky Lab rate commitment and dedication very highly, and that’s why we’ve decided to help Olga in her undertaking.

Olga (38) has a successful career as a financial consultant behind her and is the mother of two daughters, but she hasn’t stopped there. Her hobby of mountaineering turned into her profession in 2008 when she became an instructor at the Seven Summits climbing club. We asked Olga about her passion for climbing and why the 7 Volcanoes project is so important for her.

Why did you decide to conquer the seven volcanoes?

You don’t conquer mountains; you climb them, or you don’t climb them 🙂 . The number seven appeals to people. Seven notes, the seven colors of the rainbow…seven continents. The challenge of climbing the world’s seven highest summits on all the continents has long been popular. In recent years a new challenge – climbing the highest volcano on each of the seven continents – has also gained popularity.  I like that it’s not just some random number of volcanoes but a whole project. Every new summit is a new discovery, a new journey. And it’s something anyone can do, unlike the Seven Summits. 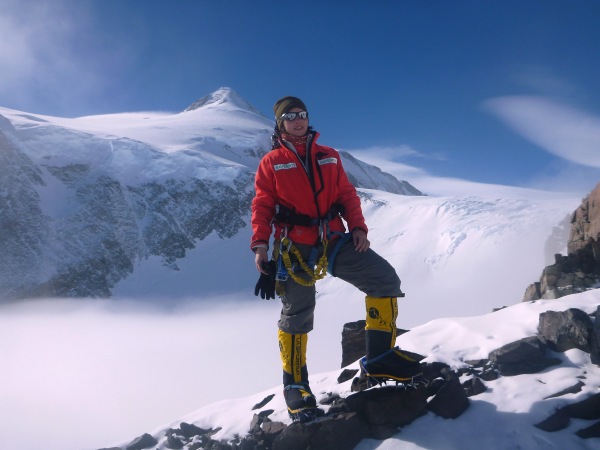 Why those seven volcanoes in particular?

That’s the specific challenge – the highest volcanoes on each continent. Volcanoes really are fascinating. They’re alive.

Of those seven volcanoes, I’ve been to four as a guide: Elbrus, Pico de Orizaba, Kilimanjaro, and Damavand. While I was taking clients up those volcanoes I got the strong urge to return to them myself and climb them the way I wanted to, and am capable of doing, without having to worry about anyone else.

Why do it alone?

Alone is not exactly the right term. I would say without a team, without any backup.

Usually when people plan a mountaineering expedition there is a team where everyone has a role and they all start working together to achieve that goal. And although every person is important, within the framework of the expedition, he or she can easily be replaced. In other words, the group is more important than the individual.

I’m not a team player. I don’t like team sports. I need to know that the result is all down to me, that it depends on me and nobody else, that there’s no chance of sitting on the substitute’s bench.

Having said that, mountaineering is not really a sport. There is no competition as such. There’s no winner or loser. You need to set a target and reach it. It’s important to adhere to your own standards. Climb the way you want to climb. For me, climbing is a way of life, a philosophy…

Do these climbs enhance your experience in any way?

The 7 Volcanoes project envisages trips to various corners of the planet. This is not just about the physical side, but also new impressions, getting to know new people and their cultures. A lone traveler is more open to meeting new people.

I think, I’ll meet lots of new people and make some interesting acquaintances during training and the actual climbs.  If I find kindred spirits among those new people, if I see them share my goals (all of these seven volcanoes are in fact popular climbing destinations), then it’s quite possible we may travel some of the way together.

At the same time, I will have everything I need for traveling on my own, so I can keep traveling independently from other people regardless of the circumstances.

How difficult will it be?

It depends. In general, it’s pretty tough: most of these volcanoes have altitudes over 5000 m. This is high-altitude mountaineering, and it requires serious physical training. Just like on any other big mountain, a climber can encounter harsh weather conditions on these volcanoes. 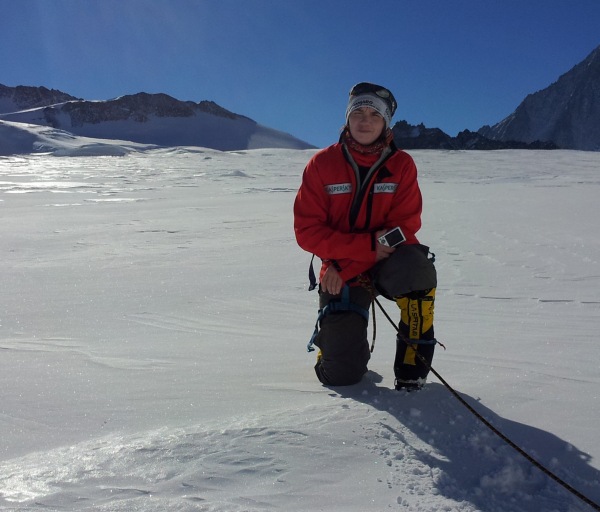 How do you train for that?

Just like for the other climbs: you need to train your body for intense physical activities in an environment where there’s insufficient oxygen in the air. Any physical exercises will do, be it long-distance running, swimming, etc. And most importantly is a strong desire to reach the summit. 50% of your success is down to your positive psychological state. I have that type of attitude: wait, endure and believe in your own strength.

Could anyone do it? Let’s say an office worker. Could he or she just go and climb a volcano?

Yes. But you can’t just get up and go. You need to find an experienced guide and then go. In order to climb, and, more importantly, descend afterwards, stay alive and in one piece, you need to know how to acclimatize yourself to extreme altitudes, how to plan your physical reserves, be able to orient yourself while on route, to know about the peculiarities of the weather in the mountains, the hazards of mountain, have basic mountaineering skills (such using crampons while walking on ice, etc.), and loads of other factors.

The only exception is Ojos del Salado, the highest volcano in South America. It’s nearly 7000m high. You must have experience in high-altitude mountaineering before going up to such an altitude. Of course, people can try it without the right experience, but they most likely won’t make it and cause irreparable damage to their bodies.

As for the other volcanoes, they are quite appropriate for newbie mountaineers. Just one example: last year, Sergey Pikkat-Ordynskiy from Kaspersky Lab, climbed Orizaba, the highest volcano in North America, without any prior mountaineering experience – that guy had never been in the mountains before and wanted to find out what mountains are and how to climb them.

You really need to want to do it. You must be able to endure cold, hunger, physical exertion, pain. The acclimatization process is often not easy for people going to the mountains for the first time and can cause severe headaches, loss of appetite, weakness. You must be able to overcome this, to pull yourself together and keep going on in spite of it all.

There are no exact figures. You just have to be in good physical shape. But … it depends on the result you’re aiming for. If you just want to climb with a guide, visiting the gym from time to time is enough. If you want to climb and enjoy it, you have to exercise regularly – go running and swimming two or three times a week.

Doing chin-ups is not necessary. It may be necessary to train for technical ascents when the mountaineers climb a wall. You get up these volcanos on foot. There are only small parts of the route where you have to climb. I can do chin-ups 🙂 . I can do about three, but used to be able to do 15.

Mountains are fascinating, but they are not meant for human life. Therefore, you have to be able to survive there. And enjoy it.

Why do you think Kaspersky Lab decided to support you? In what ways are you similar?

I think our most important similarity is the ability to set goals and achieve them expanding the limits of your capabilities, even if it’s not that easy. There’s also self-sufficiency and an openness to everything new and exciting – new people, new ideas.

P.S. The Kaspersky 7 Volcanoes Expedition is not Kaspersky Lab’s first experience in collaboration with the world’s highly recognized explorers. In 2009 the company sponsored a group of women who skied more than 900 km from the coast of Antarctica to the South Pole. In 2012 with the support of Kaspersky Lab, British explorer Felicity Aston became the first woman in history to ski cross Antarctica alone, having set a new world record.

Google’s social networking site, Google+, continues to grow in popularity. But as with all social media sites, over-sharing your personal information is easy to do on Google+. Use these 10