There is an opportunity for adventure in everyone’s life. We at Kaspersky Lab respect adventurous, maverick souls and that’s why we’ve helped Olga Rumyantseva, the Russian alpinist, climb the highest volcanoes on each continent. This past year, she climbed to the top of Sidley, Kilimanjaro, Damavand, Elbrus, Pico de Orizaba,  Giluwe and, last Friday, Olga conquered Ojos del Salado, the seventh volcano of her journey.  Olga denies her efforts were heroic, that’s why we use words like “passion to win” and “fervor” to describe her motivation behind the Ojos ascent. 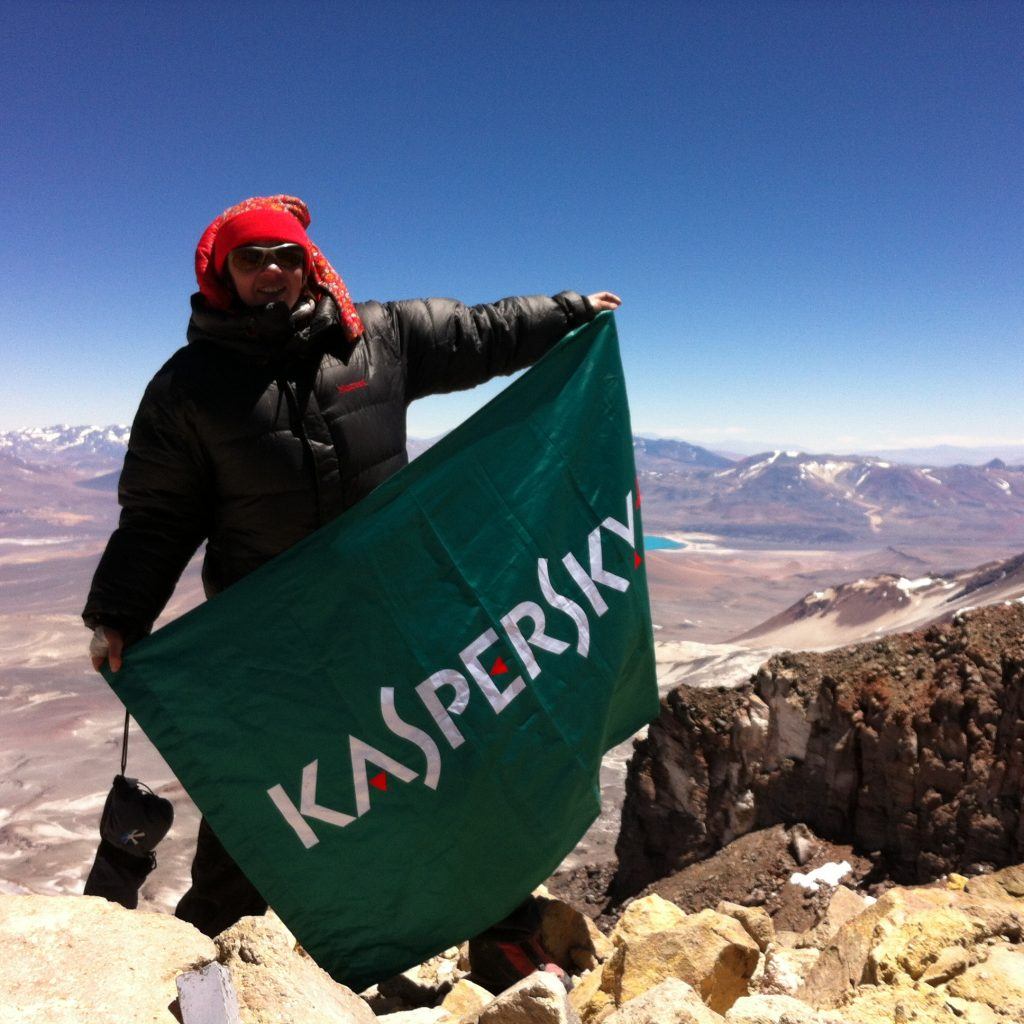 For starters, Ojos del Salado is the highest volcano in the world, with a summit at 22,615 ft. high. Only experienced mountaineers are allowed to climb it because the final stage of ascension requires real climbing, and even ropes in some cases. In addition, it takes about ten days for acclimatization at that extreme height. The plan was simple: Olga, accompanied by local guide Mario, would reach Refugio Tejos (elevation 5800 m) and spend about 10 days there, getting used to the local climate. Then, Olga would continue on to perform the solo climb. Unfortunately, everything went wrong right from the beginning when their car went out of control and “flew off the hill instead of turning. After that car flipped in the air and landed on its roof,”-recalls Olga. After this accident, it was necessary to go back to Copiapo, where Olga received surgery on her hand in the local hospital. “When I woke up, I was covered with sensors and drip bulbs. I started to consider what to do next. If there was a sensible English-speaking individual around, he might have convinced me to spend a couple of days in the hospital and then fly back home. However, only Mario spoke English and he turned out to be a ‘mountain maniac’ like I am” – confesses Olga. Eventually, the doctor applied a special bandage and Olga with Mario got a new car to “quickly visit Ojos.” Taking into account Olga’s injured hand, it was extremely unsafe to climb alone, so Mario accompanied her all the way to the top of the mountain. 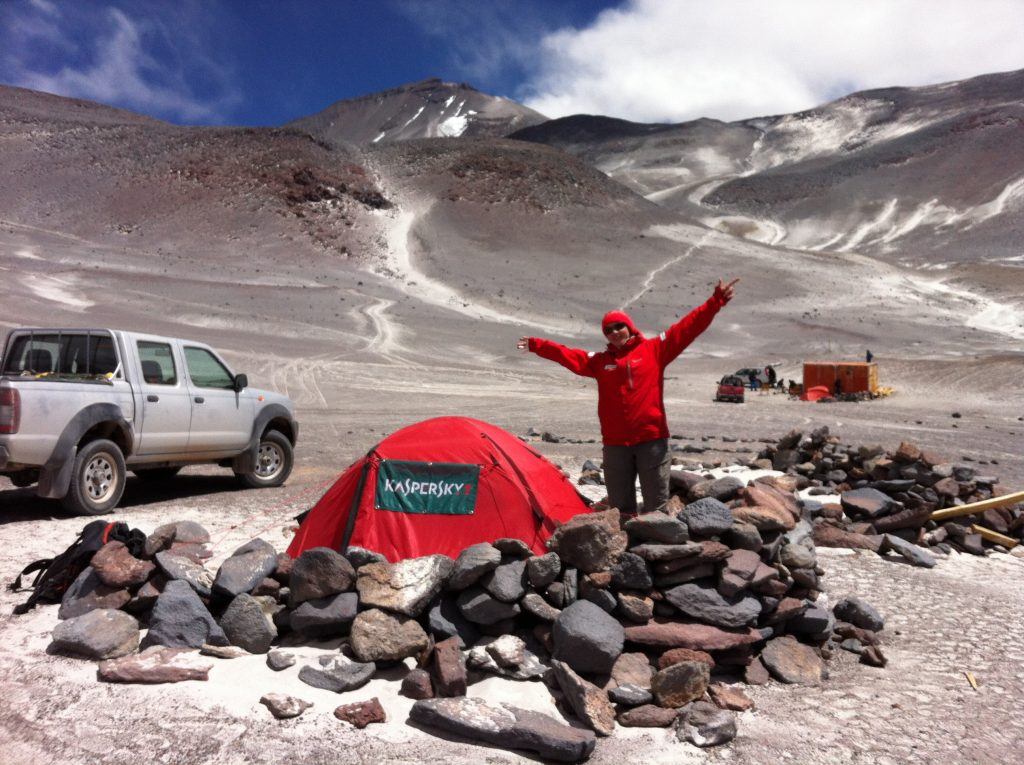 The four days of driving back and forth and one hiking tour to Tejos can’t count as proper acclimatization to the mountain climate, but time was running out and it was impossible to postpone ascension any further. So on the 5th day, the brave duo started their journey to the top of Ojos del Salado. Olga did not enjoy the climb – more than 20 thousand feet, with only one working hand, and without acclimatization. “Don’t try this. Ever. It’s very bad” – she said. What was especially bad was the final stage before the summit, as it requires two hands. “I was feeling bad, I barely crawled, constantly thinking that it’s time to go back. Once I tried to say this to Mario, but we both speak very basic English and have only a handful of words in common. So we typically use gestures to “talk.” It was even more challenging when our hands were covered by mittens. I don’t quite remember how, but we eventually climbed to the summit” – recalls Olga.

Descending was also complicated and long. However, there were no accidents. Olga is now back in Moscow, receiving treatment for her injury and recovering. Let’s hope she gets well soon! And of course, we congratulate Olga, who became the third person on Earth to conquer all seven of the tallest volcanoes on each continent, and the only one who managed to do this in just one year. We wish her exciting and safe adventures in her future! 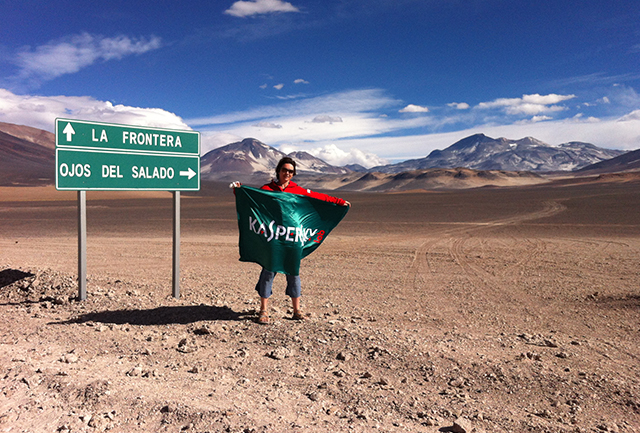 Kaspersky 7 Volcanoes: On Top Of Giluwe

In this video, Vitaly Kamluk of Kaspersky Lab examines the biggest security news of 2013 and talks about the lasting effects they may have.