VPN applications make the digital lives of millions of users both easier and more secure. Many use the technology to change their virtual location, getting access to movies, TV shows and other media content not available in their region. A VPN also encrypts users’ internet traffic and secures data transmitted online. And some, of course, use a VPN to hide their real IP address.

If for some reason you don’t have a reliable VPN yet, it’s time to consider getting one. This post looks at the latest improvements in Kaspersky Secure Connection that make it even more convenient, more functional, and faster.

One of the key issues for VPN users is connection speed. Accordingly, we’ve paid special attention to it: Kaspersky VPN Secure Connection is now three times faster than ever before.

The proximity of the server that provides your connection often determines VPN speed. The closer the server is, the faster the VPN works. For this reason, we continue to increase the number of server locations offered in Kaspersky VPN Secure Connection. Now users can choose from 90 locations in 72 territories. That is, the user can select not only a country, but also a specific city. 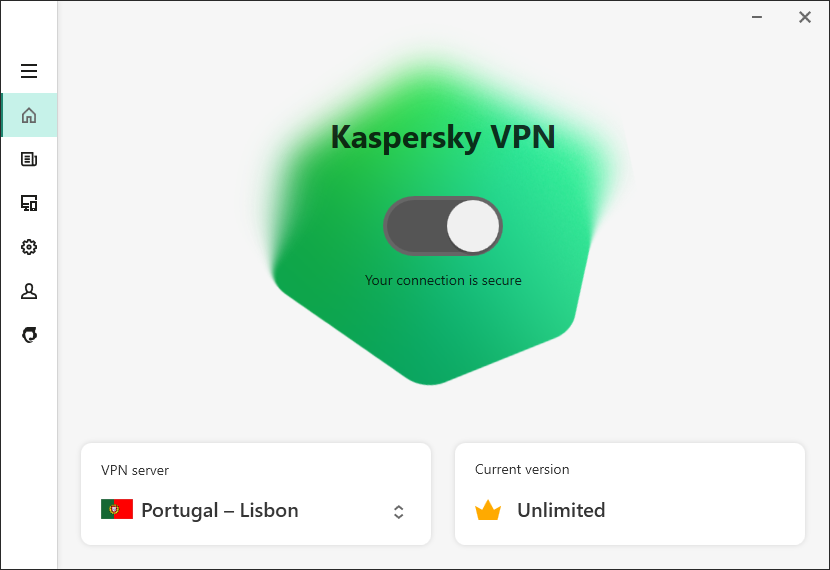 Kaspersky VPN Secure Connection: more server locations than ever before

This means no more wondering which of the dozens of servers available in Kaspersky VPN Secure Connection to connect to. With this mode on, you can simply choose the content of whichever service and region you want to watch (for example, Netflix in the US). The application will then offer a list of optimal servers: it remains only to click Connect and enjoy your favorite TV show. 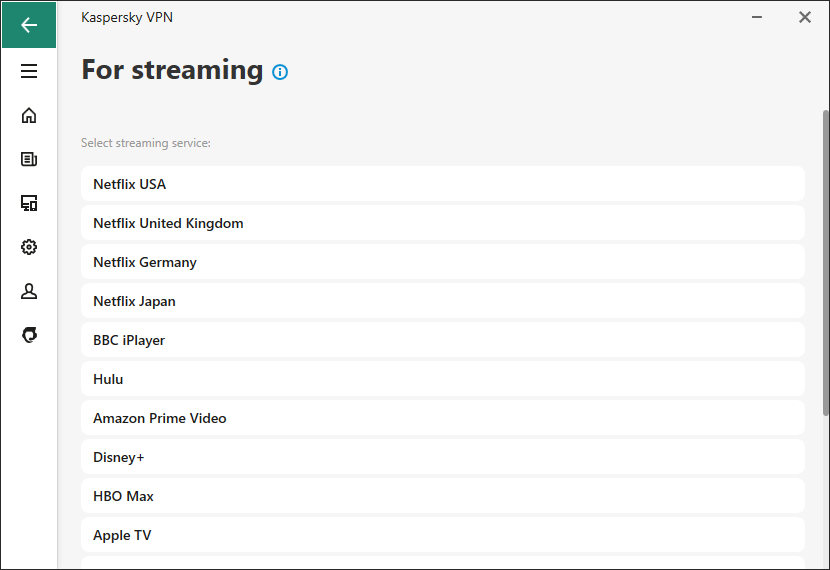 There’s also one more new mode For torrenting, which lets you quickly find the fastest server for downloading even large files from BitTorrent. 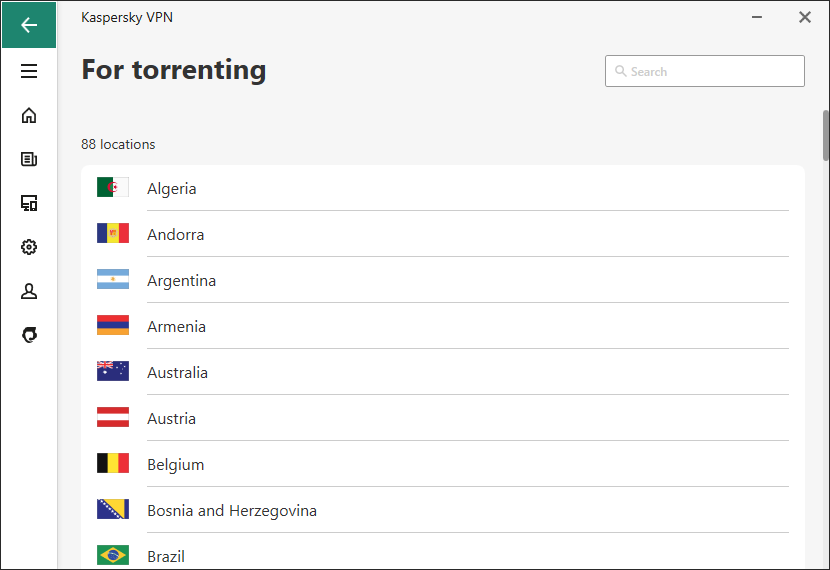 Selecting a server for the best torrenting experience

We’ve covered changing one’s virtual location. But sometimes the opposite is needed: some services block access from foreign IP addresses. In this case a VPN can get in the way, meaning you have to keep turning it on and off. This is inconvenient (and annoying), but, perhaps more importantly, you might not always remember to switch it back on — leaving your internet traffic exposed.

Kaspersky VPN Secure Connection handles this problem with split tunneling. This feature allows Windows users to create two groups of applications: one group’s traffic is sent through a secure connection using the IP address of your chosen VPN server, while the second group’s traffic uses your actual IP address bypassing the VPN tunnel. 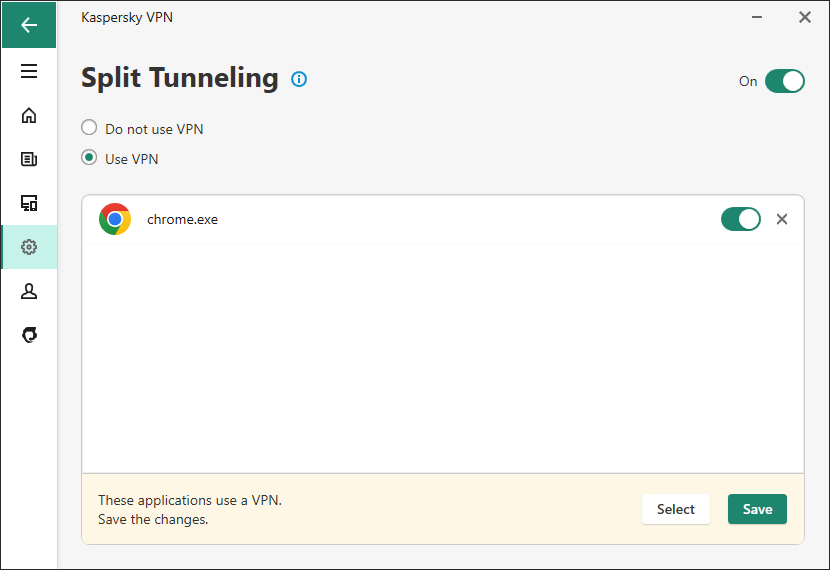 This does away with the need to constantly turn the secure connection on and off. You just need to configure everything correctly once, and that’s it. For example, you can set up a VPN for one browser, allowing you to open websites from behind a foreign IP. And you can use another browser without a VPN for opening websites that work only with local addresses. Current versions of popular browsers have been tested and are all compatible with this feature of Kaspersky VPN Secure Connection.

Another handy feature: Kaspersky VPN Secure Connection can now establish a secure connection directly from your Wi-Fi router using the built-in OpenVPN client. This lets you protect all internet traffic from all devices in your home network in one go.

If you have a VPN, most of your internet traffic goes through it. This logically gives rise to several questions: what data do developers have about you? How do they collect it? Where is it stored, and who do they share it with? In the case of Kaspersky VPN Secure Connection, everything is clear and transparent.

Kaspersky VPN neither stores nor shares with third parties data on users’ online activity, names, e-mail addresses, or out-of-session IP address information. Detailed information on how the service responds to data requests from governments and law enforcement agencies can be found here.

There are still both Free and Unlimited versions

There’s a lot that’s new in Kaspersky Secure Connection, but the availability of both our free and paid versions remains unchanged. Users of the paid version get access to a whole variety of features, including unlimited VPN traffic, the choice of any location in the list, the Kill Switch feature, and much more.

The free version provides a slightly more modest feature set, a limited amount of encrypted traffic (200 MB per day per device), and only one location available for connection by default.

Nevertheless, whether you use the paid or free version, your data won’t be recorded anywhere or shared with third parties, and the connection will be protected by the trusty AES-256 encryption algorithm.

The top-5 biggest cryptocurrency heists ever

Hundreds of millions of dollars stolen: the five biggest heists in cryptocurrency history.