You may have already heard about the big change at our company last week. However, big changes are nothing new to us! Ever since we began 22 years ago, it’s been nonstop change, change, change — and always for the better, naturally. Change has basically become our profession! Here’s why…

If we didn’t understand technology’s development, that would hardly bode well for our future — and I’m not talking about sales. I’m saying, in that case, maybe no one would be around to buy our products in the first place!

I’m sure everything will work out just fine. Technology’s changing the world for the better. Sure, new possibilities bring new risks, but it’s always been that way.

Our job is to recognize risks, remove them, and prevent them from arising again. Otherwise, defenses will always be a step behind attacks, which is no defense at all. In our industry, you need to be able to anticipate what cybervermin have in mind and set traps in advance. Actually, this ability has always set us apart from our competitors. Remember NotPetya — one of the most infamous global epidemics of recent years? We caught it out proactively, without the need for any updates.

We liked this idea — anticipating the future — so much, we decided to launch a social media project based on it, called Earth 2050. 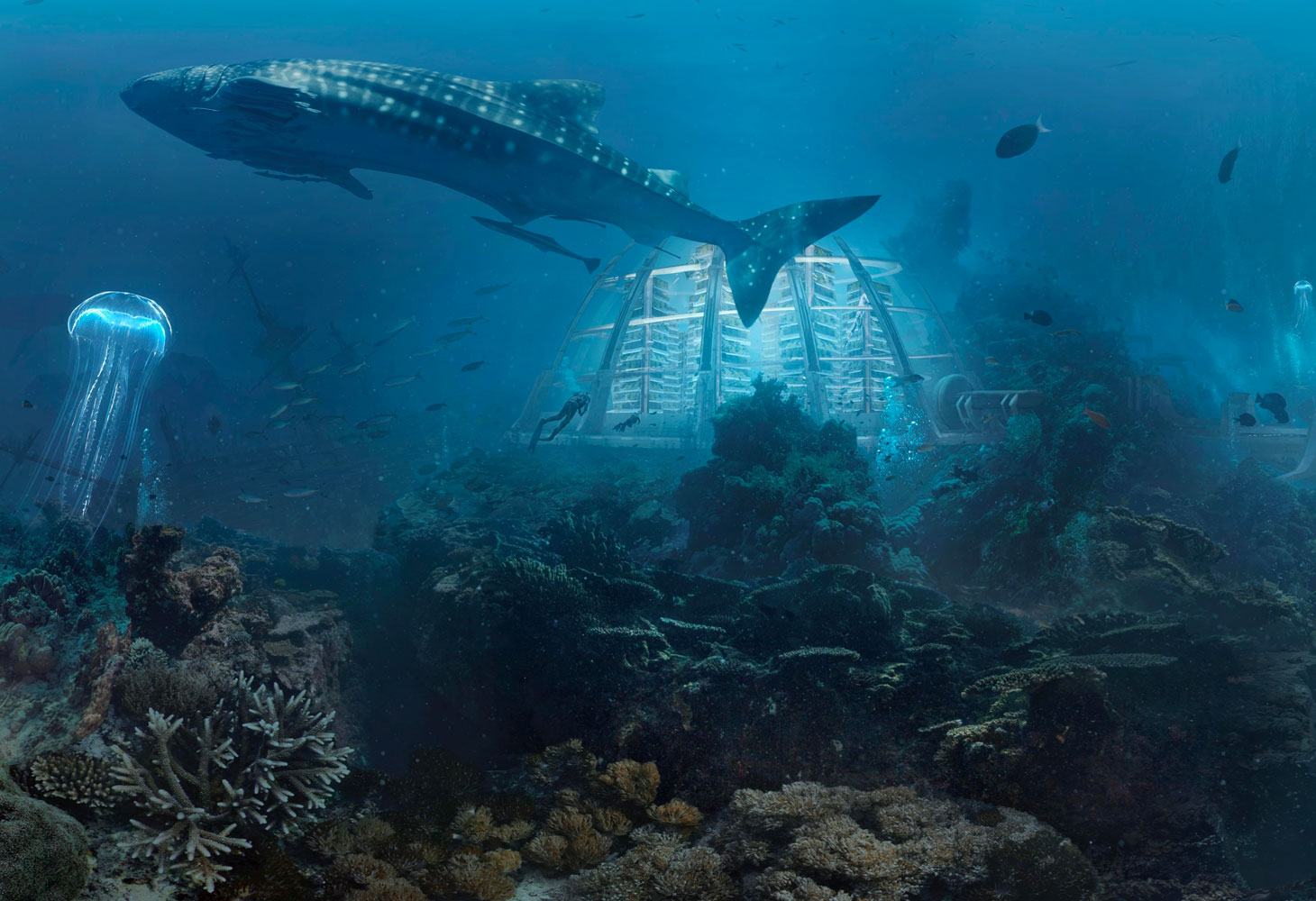 What is Earth 2050? It’s a totally open crowdsourcing (sorry for the trendy jargon) platform for looking into the future. By that I mean it’s a place where anyone at all — be they a minister or a street sweeper — can share their vision of the future, in writing or painting or graphics or whatever. Or if you’re not into clairvoyance yourself, you can Like and comment on the predictions of folks who are. There’s something for everyone.

So, why is all this openness so important?

The future’s difficult to predict. One person’s attempts have a good chance of turning out to be off the mark — understandable and natural. But predictions about the future of many people — even if they’re only partly accurate, and even if they’re a bit sketchy or contradictory — add up to a lot more accuracy. It’s a bit like the principle of machine learning. The more a machine learns, the better it’s able to do something — in this case, predict the future.

So far, nearly seven dozen visionaries have uploaded nearly 400 predictions to Earth 2050 — and some reeeaaal interestingly curious ones are in there, I have to say.

Just recently excellent American science fiction writer David Brin joined the project. He envisages a future underpinned not by oil, but by phosphates.

Kaspersky folks uploaded many of the prophecies on Earth 2050. And me? Well, I’ve predicted a virus-free future for almost 30 years, so it’s not as if I don’t have any experience in cyberdivination. Accordingly, I’ve gotten involved with my own foretelling.

But Earth 2050 contains a lot more than just words. I love it when an idea can be seen, felt, and tasted. Well, we haven’t yet learned how to reproduce taste on the site (give it time!), but everyone can look at the future as well as read about it.

For example, there’s Singapore in 2050. Want to see a vision of Singapore a little earlier? There’s also Singapore-2040. Don’t fancy Singapore? Check out the alternatives. The site has five dozen graphical depictions of cities around the world, from New York to São Paulo. 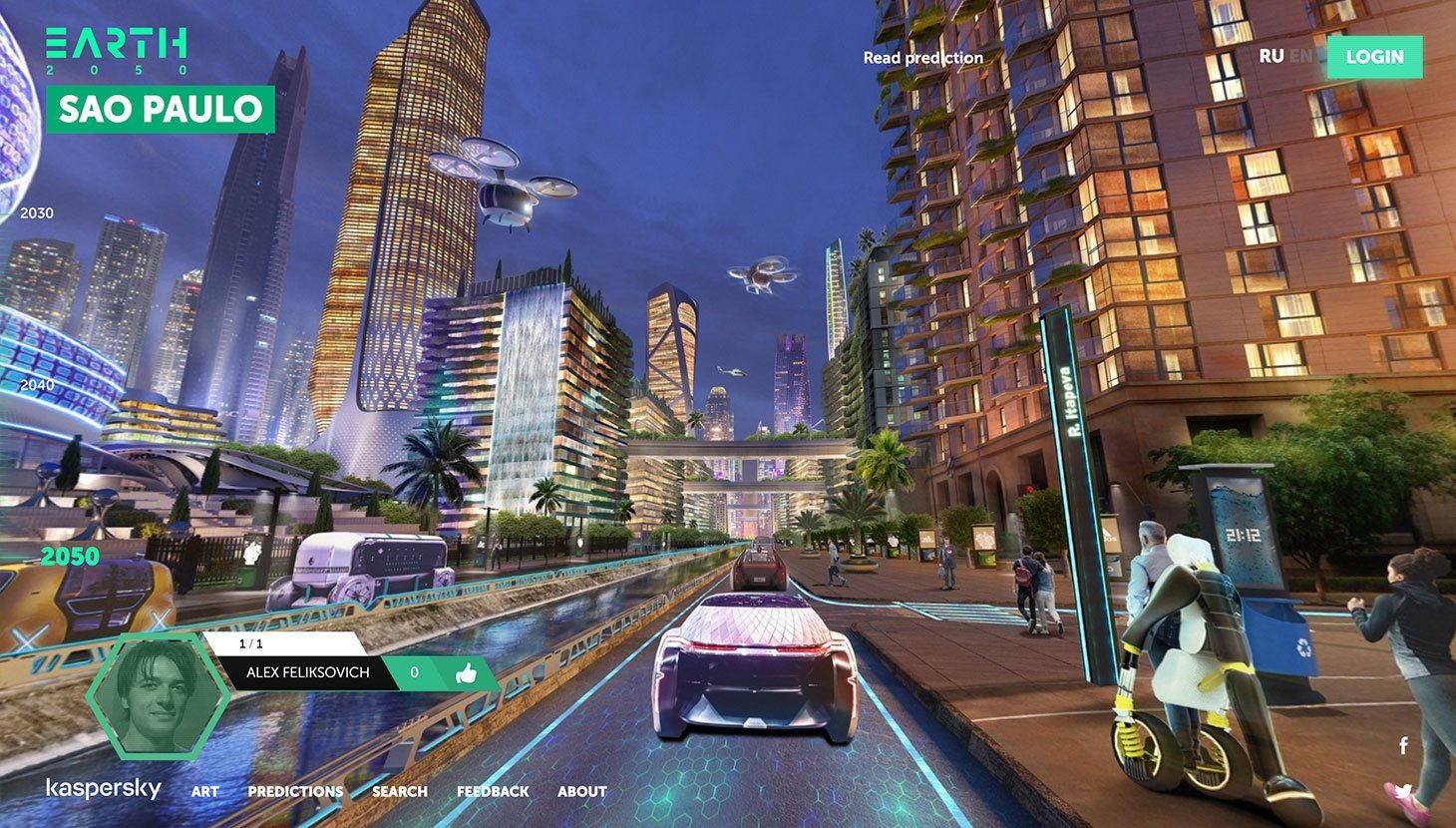 Oh, and by the way, this summer Earth 2050 will get a new, clearer, better, and more interesting design, even though the current version looks good. And I’m not the only one who thinks so; juries in a dozen international competitions, including Red Dot, agree!

Finally, a number that especially pleases me: 71% of visitors to Earth 2050 are in the 18-to-35 age group. And they come from all over: the US, Russia, China, India, Great Britain, Hungary, France, Germany, Canada, and another 200 (!) countries, including East Timor and the Cook Islands.

I’ll just repeat that: young people all over the world! Without dividing them into first and third worlds, without country, language, class, or property-owning borders. They’re just looking into the future, interested in the changes in our lives. Folks who care about the future.

And I’m sure this is a signal that the future of humanity will turn out OK. Yes, I am still an optimist!

The Dangers of a Smart Future

How to protect your VK account against hacks and spam

A guide on how to protect your account against spammers, hackers, and other gate-crashers.