Technology is progressing at full speed, becoming so inseparably weaved into our everyday lives that it is now seen as a commodity. However, not all breakthroughs are as awe-inspiring and jaw dropping as they may have been before. For example, the ever-growing data rates on mobile networks will not bring us any joy and can certainly leave a user with a “can it go faster?” reaction. 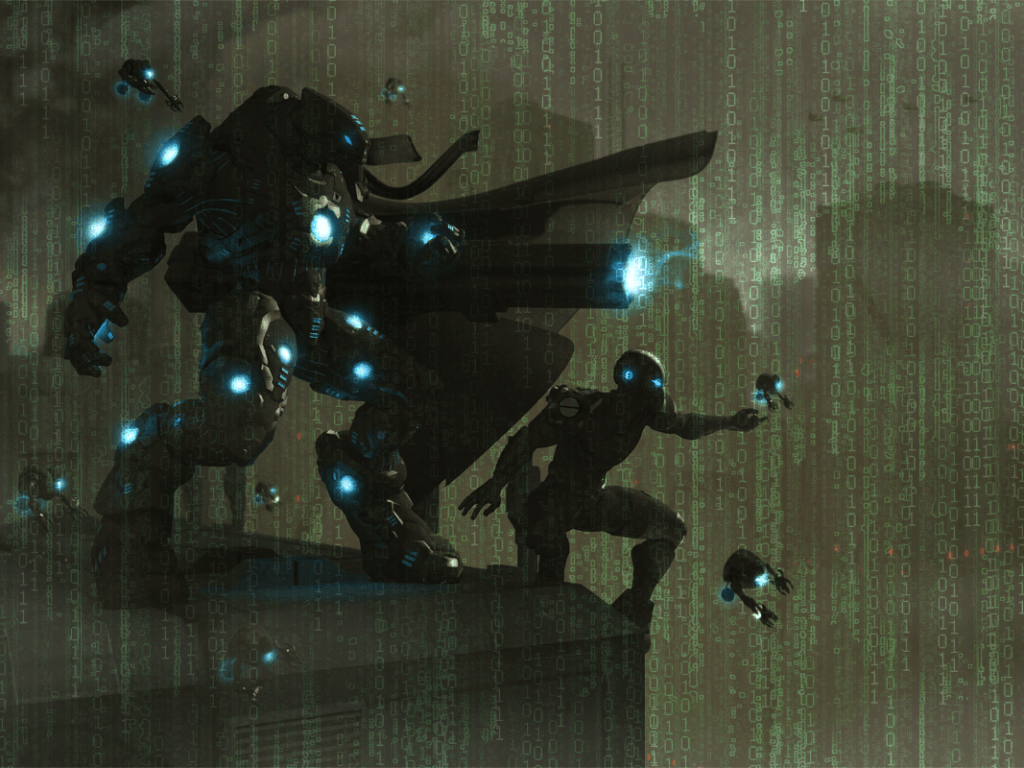 Upon seeing the newest generation of televisions, one is likely awed by the price or shape of the product, rather than the astonishing pixel density. Furthermore, no one even seems to care that mobile devices are now essentially capable of calculating the flight path of a spacecraft bound for Mars.

It is not terribly surprising that Kim Kardashian’s nude cover photos generated almost as much buzz as the landing of a probe on a comet 400 million kilometers from Earth. I have noticed a noteworthy side effect of the obvious technology overdose: we are significantly less cautious about our security and we do not give a second thought to the number of threats, both real and theoretical, that may become commonplace issues over the next 5 to 10 years as technology progresses.

Interestingly, the more sophisticated and developed that technology and the Internet become, the more they put us, and our world, in jeopardy. So, exactly how dangerous might our future be? Let’s take a look.

Today smart homes are still a luxury unknown to the common homeowner. But, with such omnipresent tech goliaths like Google and Apple in play, it may be only a matter of years until many of us are sitting in living rooms packed with smart devices. A mobile device alone could control the climate, lighting, home security system and a number of household appliances.

The same concept applies to cars. Volvo and BMW are already offering basic car controls and surveillance capabilities via your smartphone or tablet. Over the course of the next several years, many ‘middle-class’ models will likely include these features as standard offerings. Furthermore, the cost of this on-board technology is not comparable to the cost of the entire car.

Regardless of the immense progression of technology, some systems still have a lot in common with ordinary padlocks. For example, however robust a system may be, after a strong hit to the necessary points, the lock can be broken in an instant.

Additionally, everything becomes even easier if a culprit has a key, or even an opportunity to get one. With a smartphone acting as a master key, a hacker can easily gain access to someone’s home or car in hours, if not minutes. Recent demonstrations of Smart Home and Smart Car hacks serve as perfect examples.

Is It Possible to Hack My Car? Find out over at @Kaspersky Daily. http://t.co/UOAMP2hb3K

Similar demonstrations have shown that the hacking of electronics-enhanced homes and cars is not necessarily done for the single purpose of theft. Having gained access to the central control system, a criminal can also manipulate processes. For example, they could potentially lock people inside, tamper with heating systems, change the composition of potable water, or even control a car’s breaking and steering systems. All of these things can be executed remotely without direct access to the respective buttons, knobs or systems.

“Classic” bank robbers that make use of weapons, hostages and getaway cars, are essentially a thing of the past. Criminals that know how to exploit the vulnerabilities in web banking systems and online payments have replaced these ‘old-school’ robbers and will only become more skilled in the future.

If you tend to carry cash while shopping, you can feel in control as you watch it leave your pocket and land in the cashier’s box. Is this process equally as transparent when you merely touch your phone to a little black box? Doubtful. In this case, neither the buyer nor the seller can be 100 percent sure of how much money was charged and where it went.

The growing use of digital payment systems instead of cash is a common trend and an early Christmas present for cybercriminals. Manipulating information is significantly easier than handling tangible objects. I am afraid that it has become necessary to exercise more persistent control on your bytes that may be flowing in different directions, as they are, in fact, your hard-earned paycheck.

Long gone are the times when we stored our family memories in one big cardboard box in the closet and placed our movies, CDs and other items on flash drives and hard drives. Today, an increasing number of Internet users use cloud systems to store personal data. In many cases, the volume of data stored in the cloud surpasses the cumulative volume of all of the data stored on physical drives.

It is plausible that in several years, local storage systems will become a relic of the past used solely by super-cautious users. There is logical thinking behind this trend: why pack limited Ultrabook capacities with content if you can simply store everything in the cloud and access your files from anywhere in the world, including your mobile device?

However, there is a catch: as soon as our data (photos, documents, videos and even correspondence) lands in the cloud, it is no longer exclusively ours. From this moment on, ownership rights also apply to anyone who owns the cloud storage. This was true 5 years ago and it will continue to be true moving forward.

It seems as though there is no going back. In the next several years, corporations like Google will likely have very accurate digital ‘models’ of the millions of people accessing the Internet. Furthermore, it is likely that data about your health, lifestyle, locations and personal preferences will comingle with tons of ‘selfies’ and text messages. You do like to check in at posh venues and wear a fitness band incessantly, don’t you?

I cannot help but reference the “Watch Dogs” game and the “Die Hard 4.0” movie. Both plot lines share similar essential elements including: a city managed by a unified command system, the inhabitants of the city, and a man with unlimited access to almost all electronic devices. Many of the things that happen in the movie and the game are now real, which is, honestly, slightly terrifying.

Kaspersky recently polled its social channels about how they cover their #webcam if at all. These are the results. #security

If you also add constantly evolving malware, unstoppable Internet penetration, and the total irresponsibility and unawareness of users to the equation, you will see our presumably organized, high-tech future turn into a dystopian world. In this world, a city can be plunged into chaos by the touch of a button, people practically belong to corporations, and a 15-year old hacker can steal billions of dollars just because the code of an online banking system happened to have a typo.

Or, maybe it will not turn out this bad.

Earth 2050: Visions of the future, today

Who is to blame for “hacked” private cameras?

Recent news concerning “hacked webcams” or “breached baby monitors” appears to be all over the place. Let’s take a closer look at the situation.