About a year ago, a number of people, truly passionate enthusiasts and straight-up frauds alike, started manically preaching the coming of the Blockchain Almighty. It will change the world forever, said the Cult of the Blockchain. The technology, they predicted, would enable ultimate transaction chain transparency thanks to the distributed ledger. Traditional payments systems would be tossed out on the garbage heap of history. Central banks would be transformed throughout the world. 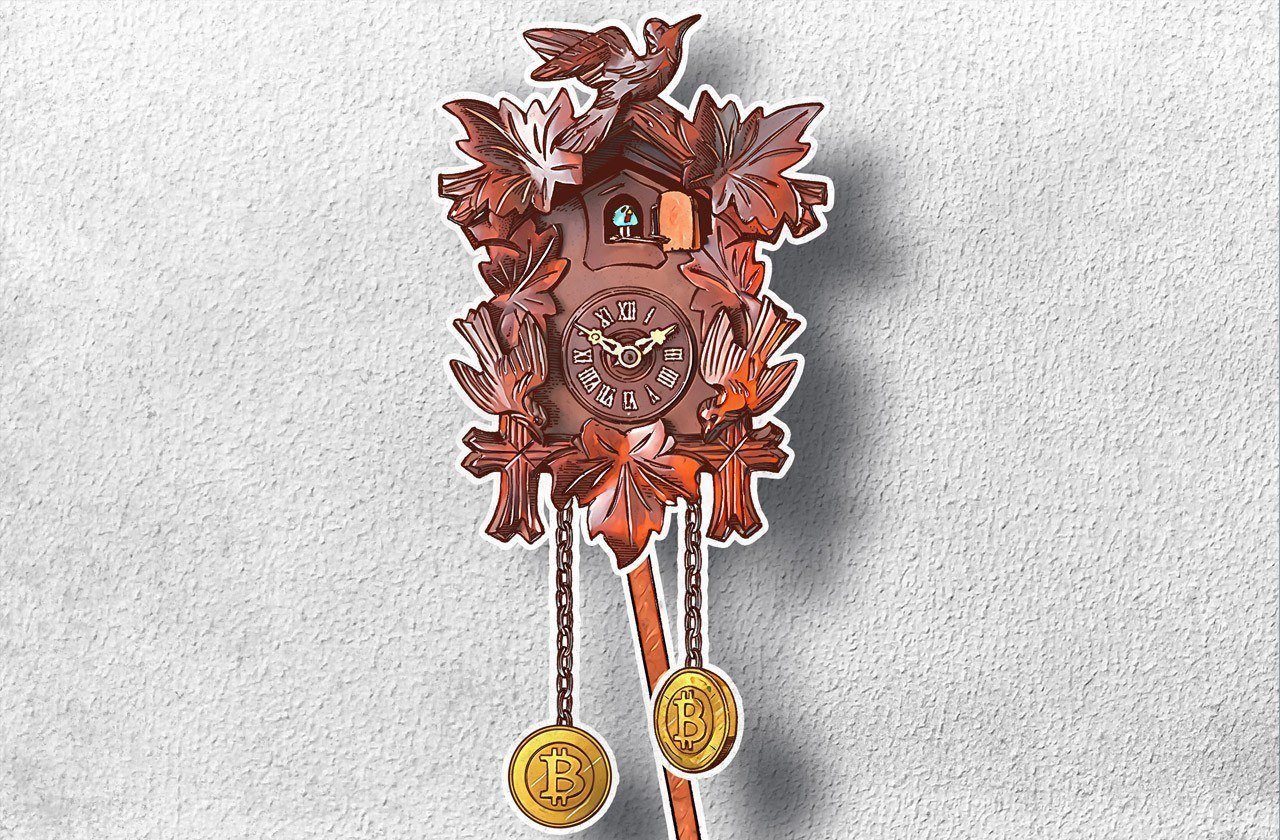 And forget about transactions for a sec — blockchain was set to make a lot of other things obsolete. For example, the fanatics said, thanks to blockchain, we’ll no longer need to notarize documents, and GPS data could confirm deliveries, causing payments to be released automatically when an item arrives at its destination. Basically, to fix the world’s imperfections, just add blockchain.

Unfortunately, neither enthusiasts nor frauds managed to explain how the magic would happen. Worse, no one bothered to talk about blockchain’s drawbacks, except for the problem of its high performance demands, which make the technology unviable for massive transactions (say, tens of thousands of transactions per second, as is common in any modern payment system).

By end of 2016, the lively conversation had died away. The frauds mostly scattered, and the enthusiasts got serious. Now it’s time to give this technology a sober look and figure out what blockchain is and why it can indeed introduce some fundamental changes.

Simply put, blockchain is a chain of transactions. Each block on the chain — or database — contains information about the previous block. One cannot change the information without attracting notice. Once transaction data is affirmed by miners (the controllers or keepers of the process), the block becomes iron-clad. Its contents are open, but they are protected by a hash chain. The database contains publicly available, unencrypted information about all transactions, signed by asymmetric key.

I don’t think it makes sense to cover the topic is deeper detail, since you can read it in a separate post. But in essence, using blockchain we (theoretically) can obtain a reliable, initially trusted, and tamperproof database. It’s impossible to mimic a transaction by showing a faux payment confirmation. You cannot say you paid on time but the transaction took a long time to execute. They say you can negotiate even with a bank, but not with blockchain. All of your actions are carved in stone, with no government involvement needed.

So, what’s the problem? There are a lot of miners who are ready to hash blocks. Everyone needs transparency and reliability. And no one really likes regulators and other monopolists. Why is blockchain nowhere to be found?

Blockchain experts say the distributed ledger cuts transaction time from days to minutes. And that’s true. But there is more to the story: they’re talking about complex transactions involving higher numbers of objects and subjects. As an example, if one were to use a blockchain-secured transaction to buy an island with a construction site, the verification and all background checks would take much less time than they would using traditional methods.

Whereas traditionally, dozens of people would need to dig into piles of documents and papers to affirm the status of the land, construction, and encumbrances, and at the same time verify the authenticity of documents, a blockchain complete these tasks in an instant. The object of purchase is checked, the money is paid, and the next block inherits the name of the new owner. (However, we’re setting aside the work of getting the information about the island into the blockchain: if you seriously want to use blockchain for real estate transactions you need to gather all the ownership history you can about as many properties as you can, and put it in blockchain database; otherwise it’s unlikely to work).

But for simple transactions like a person-to-person money transfer, the speed of translation does not increase — quite the opposite. Blockchain was developed to support Bitcoin, which assumes a block takes 10 minutes to create, regardless of the equipment’s processing power. Also, the system runs corrections after every 2,016 blocks, which adds more time. In traditional, centralized systems such a transaction takes a fraction of a second.

Another pain point is the considerable (and constantly growing) volume of data associated with each transaction. When megabytes of data are transferred to and fro every time a transaction of a few dollars is executed, any computing system will break.

Finally, omnipresent, crystal-clear transparency is simply not needed. Blockchain is a high-precision, specialized tool for vast yet limited scope of use cases — not a panacea for regulators and existing payment systems.

Distributed databases are a thing of the late 80s. Once more powerful computers were united into local and then global networks, there emerged an immediate need to enable a precise block of data to be transferred without involving the central node. This approach was specifically interesting to the defense officials who wanted to pass a packet from A to B, being 100% sure of its integrity and the success of the transfer, regardless of any pesky troubles — like, say, a nuclear blast.

Blockchain is just one of the improved and enhanced varieties of distributed database that can be used for financial transactions both reliably and confidentially. Some actually think that Bitcoin was created by military folks who sought ways to sponsor new rebels in the Middle East without anyone finding out. That’s one reason regulators are a bit unsettled. It’s great when new and exciting technology emerges, but it would be quite upsetting to find out, after years of use, that the shadowy figure who created it installed a backdoor.

A regulator we need / don’t need

In the ideal “Blockchain World” model, government plays little or no role in any transactions. People and organizations have to agree between themselves that blockchain is reliable and should be used in transactions. So they use it.

But the real world has other rules — someone big and powerful has to pull the strings. For example, if one person promises to pay another in Bitcoins for purchased goods, and then reneges, then the wronged party needs to be able to go to court and plead for restitution or punishment. Today, such transactions exist in a legal gray area. For blockchain transactions to work in the real world, there needs to be a system for handling mishaps — or mischief — which means making regulations that courts can use to enforce the rules.

The Future of #Bitcoin After The Mt. Gox Crash http://t.co/eOheelpQnM by @stefant #MtGox

Here is another scenario. One advanced bank decides to execute a blockchain transaction — and does so. Let’s imagine the reaction of a central bank. If the transaction was large enough, it’s entirely likely that the bank would lose its license the very same day. That means, for such a transaction to be legitimate, the government needs to pass some acts.

Of course, blockchain might spare central banks having to manage the control and validation of transactions. But regulation and enforcement are still necessary; the adoption of blockchain won’t make the world a perfect place.

Lately, the hype around blockchain has quieted. Some banks even decided to leave the R3 blockchain consortium after joining with great fanfare in autumn 2016. Does that mean the hype is done? Is blockchain, like Pokémon Go and “neural network” photo filter apps, dead to the media?

Actually, quite the contrary. Those who have quieted down were the loudest supporters of the technology — the true believers and the frauds. Meanwhile, some major companies such as IBM have developed dozens of prototypes and are starting to work on beta versions. Those solutions are intended for the applications we described above — freight, certification of deals, real estate, business correspondence, document exchange, and more. In this case, it’s quite clear which problems these solutions are designed for and whether they have profit potential. They do not need to brag: The work is being done, and this looks like just the calm before the storm.

What’s in the works?

Bank of Canada and its partners created project Jasper to test blockchain. Of course, not a lot of details are available, but some curious findings are known. It was found the system would not work without a central bank, because standards must be applicable to everything in their sphere, even blockchain. Which raises a tricky question: How many verifiers (miners) should there be, and who can be entrusted with access to the blocks?

In addition to trials, a couple of attempts have been made to demonstrate blockchain support as a token of a product’s “innovation.” However, no one has ever succeeded turning a dog into a mermaid by attaching a fish tail to its body.

Blockchain is another key technology suffering from too much PR. We’ve seen that happen with any number of technologies: cloud, P2P, and big data, to name a few. First come the overexcited fanatics screaming with delight. Skeptics follow with sarcastic smirks. But then — zap! — a technology becomes ubiquitous, although not usually in the way it was initially advertised.

However, notaries should start getting worried. A bit.

We’ve written about insecure fingerprint sensors and other biometric technologies a lot. We were not alone, of course. It looks like the fuss did some good. At Mobile World Congress (MWC) 2017 in Barcelona, many