Olga Rumyantseva has succeeded in her solo-climb of the highest volcano in Antarctica – Mount Sidley! Olga was lucky with the weather (though you could be forgiven for thinking otherwise from her messages) and transport – so much so, that she is already back in Moscow full of impressions and with some stunning photos. 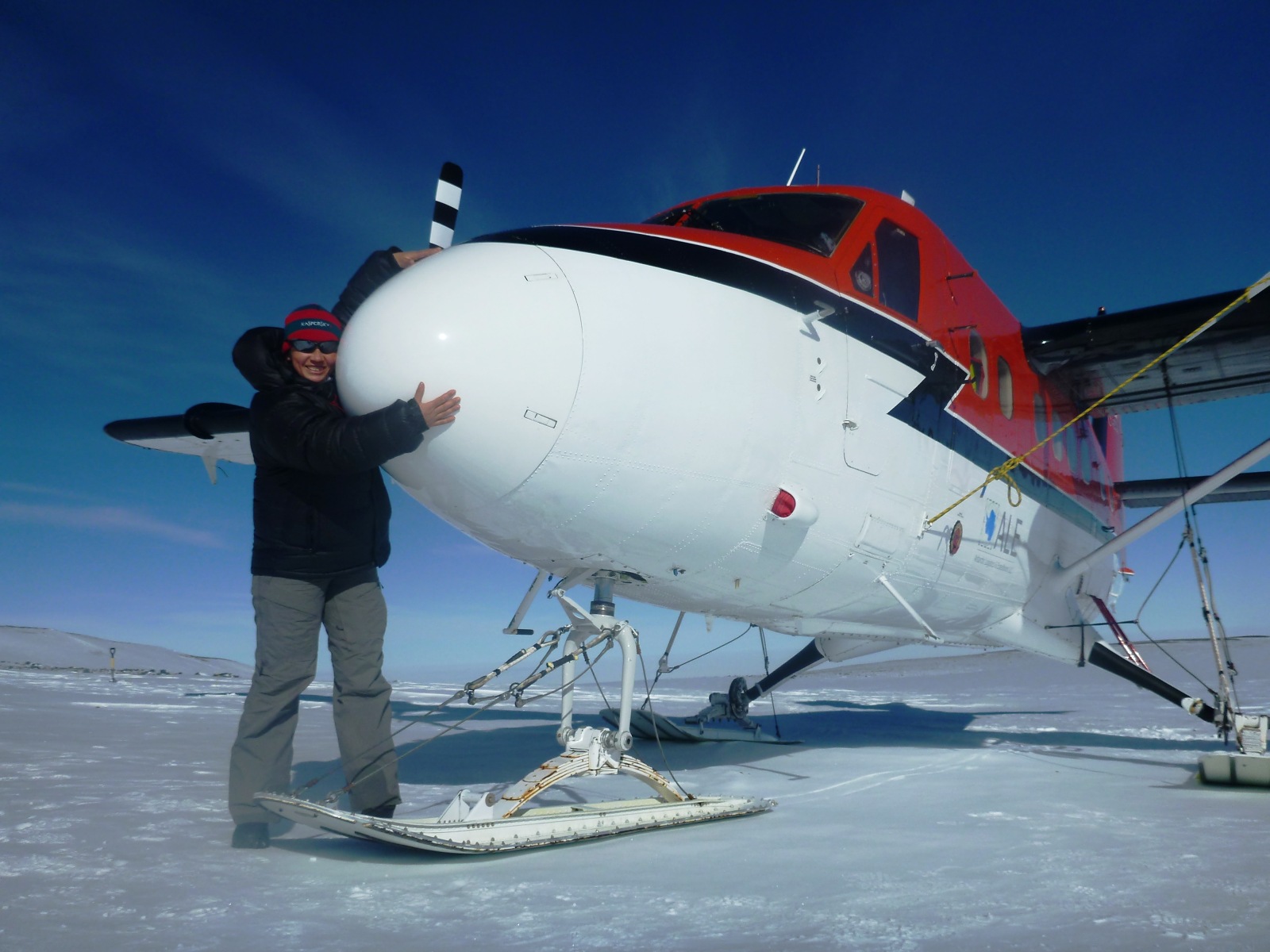 We asked Olga about the surprises – both pleasant and unpleasant – the difficulties she faced and the feelings she had after making it to the summit.

Congratulations! How was the climb?

The climb up Sidley lasted four days. The sky was overcast; it snowed and was very cold. The most serious problem was a lack of visibility, so any climbing was impossible. So as not to waste time I carried my tent up part of the way twice –1500 m the first time and 600 m the second time. It meant the last leg to the summit was just an 800m spurt. I was lucky with the higher camp: it was warm and there was no wind, which meant I could lie down and bask in the sun when it was shining on my tent.

On the summit of Mt. Sidley 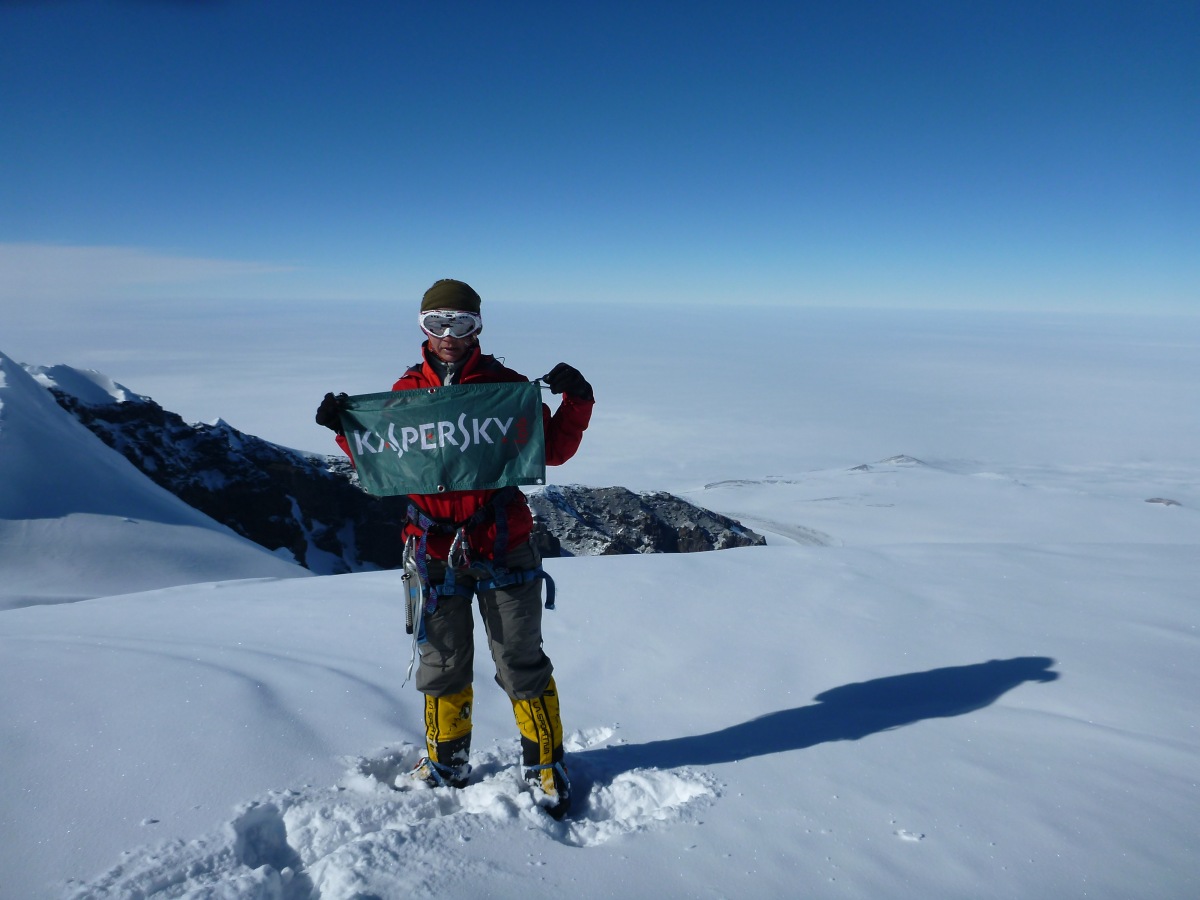 The fourth day brought strong winds that blew away the clouds. But it was very cold, about -25, though with the wind-chill factor is felt more like -35. Everything froze, but the visibility was great, so I could admire the scenery. During my ascent I spotted some impressive snowy “mushrooms” as large as a house.

The climb was easy, though it was hard to call or take photos because of the cold. I wish I could have taken more – the scenery from above was something else! Actually, I didn’t expect it to be so beautiful there. It certainly brightened up my climb. 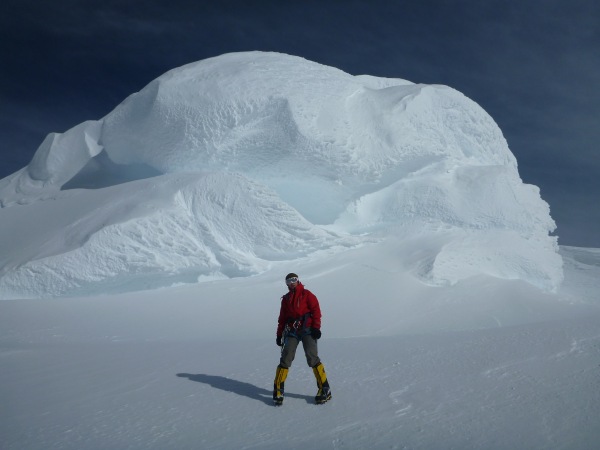 What was the most difficult part about climbing Sidley?

Dragging myself out of the tent on the day of the climb.

It was very cold, even for Antarctica. My hands were frozen. Everything froze the moment I stopped. But then the wind dropped and I felt much warmer, though my fingers almost got frostbite dialing a phone number on the peak.

Overall, the most difficult part was waiting…for the planes, for the weather…

How do you cope with extremely low temperatures?

I’m not very good at dealing with very low temperatures. The cold immediately gets into me and it can be disheartening. I’m not a fan of the cold! 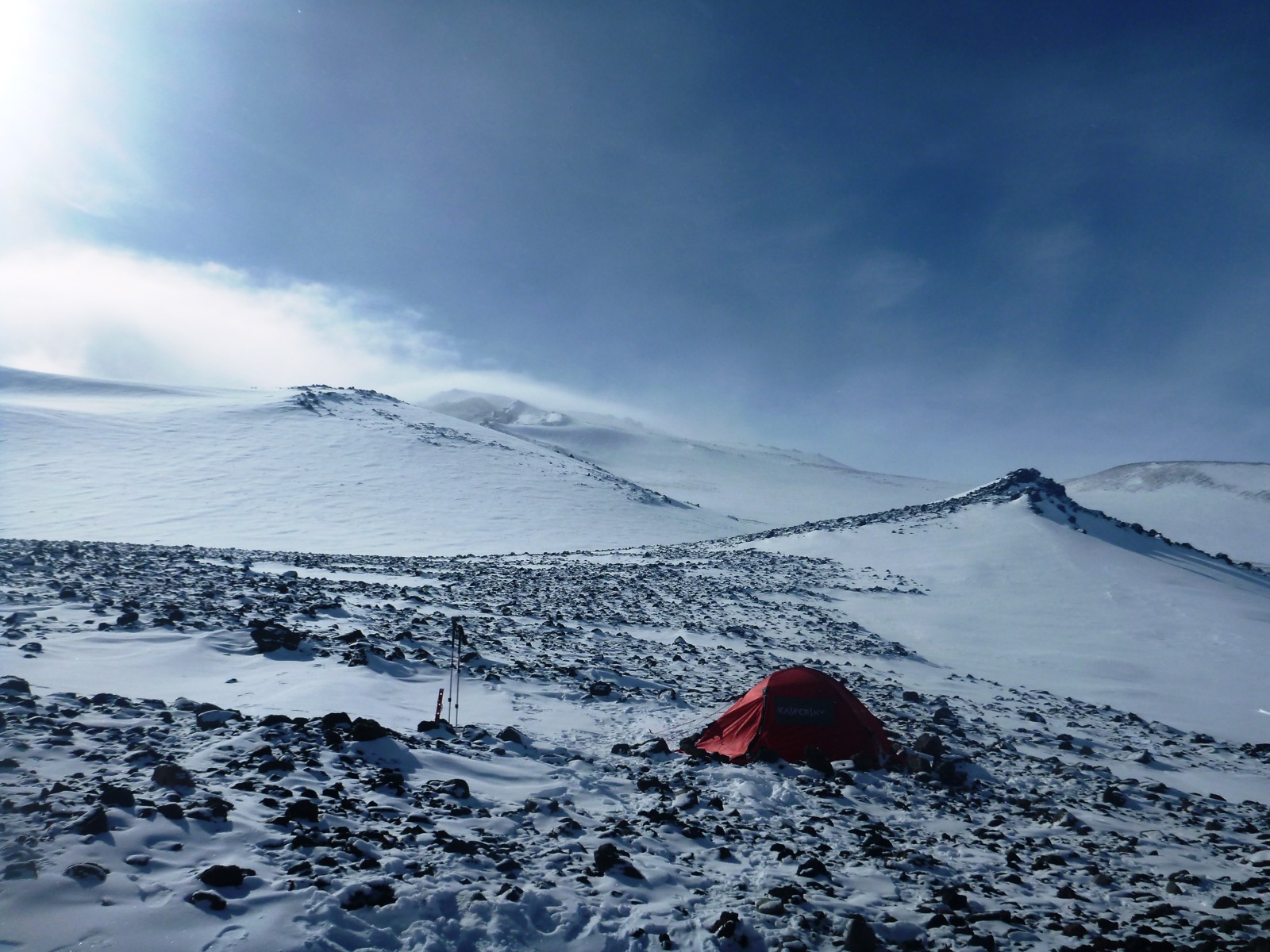 What can you say about your first volcano a few days after the climb?

I am happy with the successful start to the project. The climb of the oldest, most mysterious and, I hope, coldest volcano of the project is under my belt. Next stop – Kilimanjaro!

Were there any difficulties on your journey back from the volcano?

Well, it wasn’t easy. Even getting to Union Glacier Camp was a problem! The weather changed dramatically, with strong winds blowing across Antarctica. It was a bumpy landing at Union Glacier. They’d never experienced such strong winds at the camp – I have never seen such sturdy tents before, and the planes were surrounded with other vehicles so they didn’t blow away. But Union Glacier is fairly close to civilization – there was only a flight to Punto Arenas left. Though, that could have been delayed too, as disaster struck: the Ilyushin, the only plane that flies to Antarctica from the mainland, broke down after we’d gone to Sidley. The engine had to be replaced.  While we were out at Sidley they had been trying to fix it and had even flown out an engineer from Moscow. While the plane was being fixed, lots of people from several expeditions were stuck at the camp! I thought I wouldn’t get a place on the first flight. Everything ended happily though – everyone was flown out on the same plane.

What are the first three things you do when you get back to civilization?

I have a wash – you can’t beat a hot shower after an expedition. I think everybody does that first. Then I catch up on my sleep – any bed is a luxury after long nights in a tent in the snow. I eat. As a rule, after a climb we go to a restaurant and order meat, salads, wine – everything we had to do without during the climb.

Hardly a month seems to pass that Facebook doesn’t scare the wits out of privacy advocates, and Mark Zuckerberg’s social networking behemoth may have just created its biggest flap yet