On October 25, 2001 Microsoft launched its newest operating system solution: Windows XP. In just three days, Microsoft sold over 300,000 boxed XPs: the new OS featured a number of tasty features, including a revamped GUI, integrated CD burning software, ClearType font smoothing to work with LCD displays, Picture and fax viewer, fast user switching and a number of other advantages. Meanwhile, the revolutionary changes were done under the hood of the new OS: the core of XP was based on the more stable and safe enterprise-grade NT architecture rather than Windows 95/98. This mixture of stable core and improved feature-packed UI was to become Microsoft’s most popular OS for a decade to come. Microsoft had prolonged the support of XP to 12 years instead of the typical 10 years and launched three major Service Packs to significantly improve and update the OS. But all good things must come to an end, and for XP, it is today, April 8, 2014.

The end of it all?

“The end of extended support”, as Microsoft’s officials dubbed this day, may sound impressive, but what does it mean exactly? It’s been years since Microsoft added any new features to XP, and today the last patch for newly found vulnerabilities and security threats is due. While you can still use XP, these patches will no longer be available in the future, which means that any breaches in its security will be left unattended. These factors make your PC run a higher risk of infection.

Windows XP will not stop functioning, but Microsoft isn’t going to deal with security issues anymore

XP-Apocalypse, aka XPocalypse, aka XPiration, as it is often dubbed, stands for the abundance of problems some experts expect to occur for many enterprise systems and embedded solutions still running on XP. For instance, according to NCR, the producer of ATMs, XP is used in 95% of ATMs, and only one-third of them have migrated to newer OS versions. 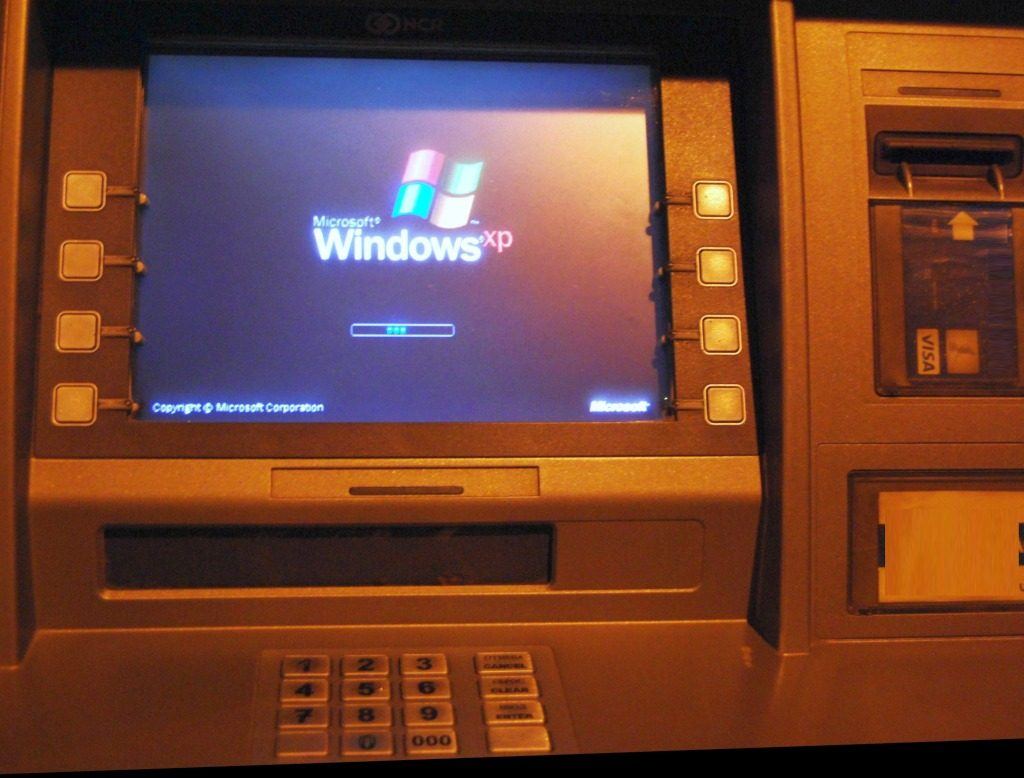 The destiny of these appliances is of a high concern as their security falls under severe threat. When Microsoft has patched a new pack of vulnerabilities in the next May update for Windows 7/8, it is quite likely that the hackers will analyze this patch and find the kinds of bugs that might also be applicable to XP, which would not have the luxury of regular updates. With that in mind, hackers would find newer ways to infiltrate XP-based systems. Considering that many XP-based machines are used to control ATMs, medical appliances, light assist systems and similar kinds of solutions, the damage inflicted by hackers might be… well, not Apocalyptical, but substantial.

The companies that signed off with further technical support for XP with Microsoft might be spared this fate. There is no catalogue price for that, but, according to some sources, the annual XP support service for an enterprise might cost from 6 hundred thousand to 5 million USD. For ordinary folks, this opportunity is not realistic. 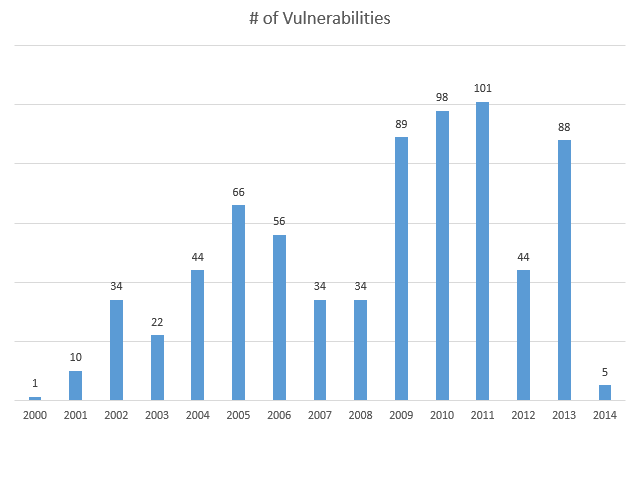 The end is near

The number of vulnerabilities found in Windows XP totaled to 726, with a record of 101 registered in 2011.

One might complain about Microsoft’s unwillingness to update a 10-year old OS for another five years free of charge. But keeping XP safe becomes more and more challenging. It is not because of certain bugs or vulnerabilities: XP was not initially designed, according to programming principles, to be able to protect OS from today’s threats. This is the reason why XP is more prone to threats. As Microsoft noted on their own accord, out of each of the 1,000 antivirus-scanned systems, 9 infected ones run on XP. This is twice the number of compromised Windows 7 PCs and four-times the number of compromised Windows 8 systems. It comes as no surprise then that the latter two were created in the 21st century when cases of hackers were real, which was taken into account when programming the OS. Windows XP, even with service packs designed to fortify security, was constantly under threat. During years of XP’s operation 726 vulnerabilities were patched, with only 10 during the launch year and 101 in 2011. 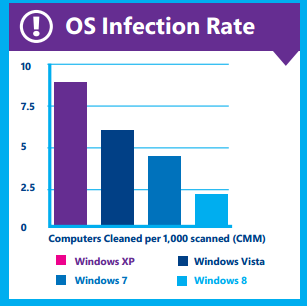 Do not mistake XP for an old school solution suitable only for ATMs and PC luddites who oppose all new developments.  According to NetMarketshare‘s latest report, as many as 27% of connected PCs still run on XP.  It is indeed 10% less than last year, but those who do not bid farewell to good old XP, for whatever reason, are all in the same boat – a big boat, frankly. So, what does it all boil down to for them?

Despite the end of support, as many as 27% of connected PCs still run on Windows XP

And another fact, which might be of importance for XP users: unlike Microsoft, Kaspersky Lab will not stop supporting XP-based systems. At least the next two years, both current and future products will be compatible with XP, protecting users for up-to-date threats.

At least the next two years, both current and future products will be compatible with XP, protecting users for up-to-date threats

Helping the victims of Yatron and FortuneCrypt ransomware

Why Cybercriminals Need YOUR Smartphone – An Infographic

Mobile malware is the hottest topic among cybercriminals and the number of malicious mobile apps is rapidly growing. The reason for that is obvious – there are multiple ways to