Wanting to save your money when buying things is normal, yet sometimes this might impose a threat to you. Although our ancestors tried to drive out this sinful attitude, even making up dozens of proverbial sayings like “a cheapskate pays twice”, we still tend to believe that distributors can be selfless and that they are willing to give away goods for free out of the goodness of their hearts. Of course there are instances when saving a lot is possible without any consequences, but most of the time we look for deals, which end up resulting in loss and problems. This is applicable not only to iPhones and other luxury goods, but to antiviruses as well. 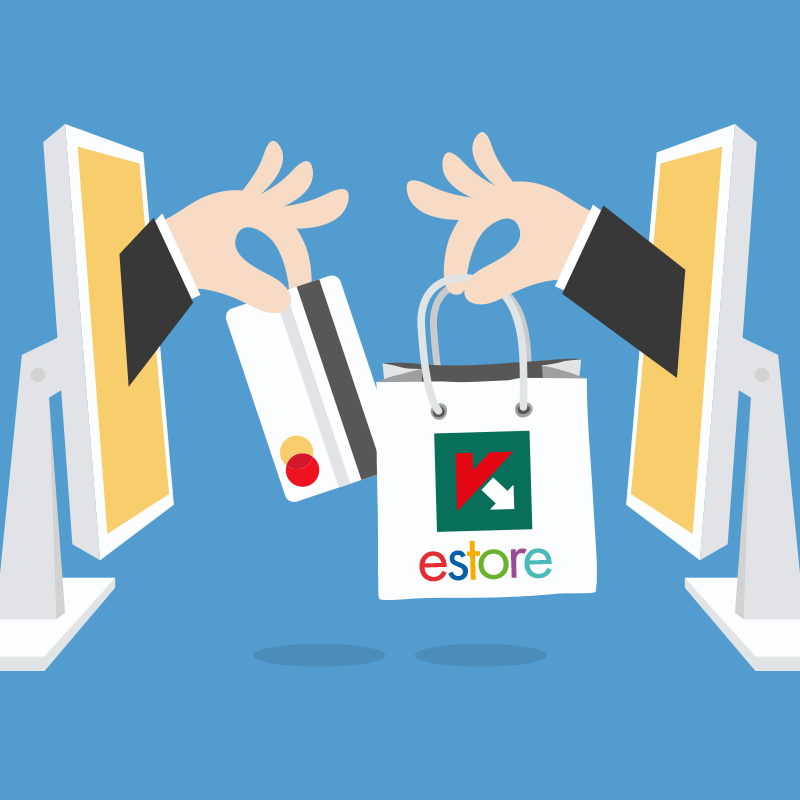 Numerous online offerings for Kaspersky products, including those on bidding platforms, e-commerce and advertisement sites, serve as good examples. Hundreds of sellers offer boxed Kaspersky Internet Security and other security solutions for prices up to 1.5 to 10 times lower than our normal price. In such cases, one cannot help but buy several licenses for the price of one. However, too low a price is often the first sign that the seller is a fraud.

Such low prices should make you think about the seller’s integrity.

Sadly, the overwhelming majority of such offers are fraudulent or, at times, a legitimate yet invalid license. In the first case, you may just lose some money, in the second, you would need to deal not only with the loss of funds but also with problems that you will later have to devote your undivided attention (and ultimately, more money) to.

So, what drawbacks would a generous online offer conceal, and what problems might this mean for a buyer?

Too low a price is the first sign that the seller is a fraud.

Anyone can produce a combination of letters and numbers that look like a software code, as well as post an offer for a blocked, invalid or out-of-date code. A buyer is essentially unable to check the validity of the code prior to the purchase. This is something that fraudsters have constantly been using when trading invalid codes in ‘3-for-1’ bundles. Having purchased such a code, a user is likely to see a “the code you entered is not valid” message.

There is also another scenario: a culprit posts an offer for a valid license code for, say, three users, but sends the code to several buyers simultaneously. Then it is like Russian roulette: someone is faster than the others and activates the code, and the losers will have to see the message “this code has already been activated”.

A cracked code is a time bomb: a pirated code might be accepted by the software but will surely be banned afterwards by an anti-pirate system, disabling regular updates of antivirus databases and eventually exposing your machine to newer samples of malware.

A license with false features

It is well known that one license can be activated on several devices, depending on the type. This tactic is actively used by fraudulent sellers: they will sell a license for 2 machines as a product that is for 5 machines, which is, predictably, more expensive. By the time the buyer has activated the code on all devices and discovers the ugly truth, the sellers are nowhere to be found.

License valid for another region

One of the most unpleasant options is the purchase of a license restricted to a certain region. Licenses for different regions vary in price but the code can be activated only in the corresponding region. So a code for a license specifically designated for South Africa cannot be activated in any other country.

When purchasing such a license, it is quite difficult to notice that the license is intended for use within Italy only.

It is such an unfortunate coincidence: the seller did not want to lie to anyone, yet the buyer ends up with a valid, legitimate code s/he cannot use.

All of these scenarios have something in common: the users who have invalid, fraudulent or ‘grey’ codes are not entitled to receive any help from Kaspersky Lab’s technical support. Moreover, they are unlikely to be able to have the money returned that they spent. There have been cases where a victim has been able to prove the fraud and have their money reimbursed; yet the process would eat up a lot of time and energy.

In order to save yourself and your money from unnecessary risk, purchase activation codes only at www.kaspersky.com, from trusted merchants and authorized online distributors. Just accept the simple truth: if something is too good to be true, then it is probably not true.

Kaspersky Lab wishes everyone a happy- and safe- Halloween!