There is an all-too common misconception that in order to become infected with web-propagated malware, you must visit sketchy parts of the Internet’s underbelly or a website within that broad class of which is “not safe for work.” Thus, when you admit to your buddies that your computer is beset by malware, one of them invariably makes some sort of joke about how you’ve been spending too much time on this or that pornographic website. 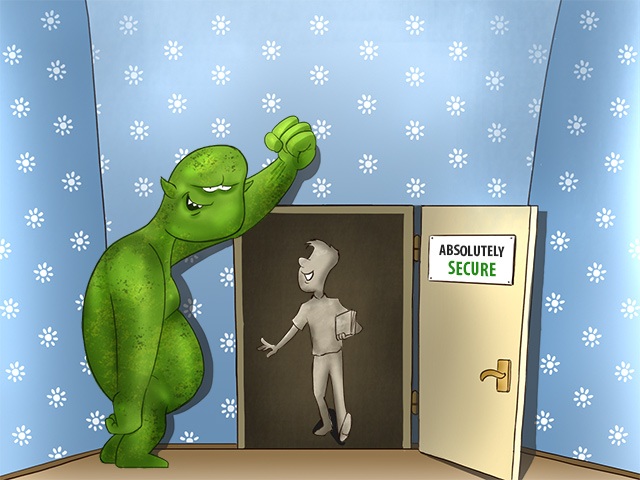 In my experience, most malware infected websites are the ones that no one expects to be infected with malware.

With any malware infection, there are really two primary philosophies, trawling and spear-phishing. On the one hand, you can cast as wide a net as possible in order to catch as many fish as possible; the strategy for botnet operators and the progenitors of banking trojans. On the other hand, you pick a fish, go to where it lives, set your hook with the kind of bait you know it likes to eat, and catch it. Likewise, you can find a vulnerability in a popular site and infect it with malware in order to draw in as many infections as possible. Or you can find a vulnerability in a site that you think your intended target will visit. This second method has a name. Its name is a watering hole attack, which derives from wilderness reality that ambush predators hide near water sources, where they know their prey will eventually have go to drink. These predators merely wait until their prey’s head is down to drink, and they attack. Similarly, an attacker will estimate which sites his target is likely to visit and look for vulnerabilities in them.

The broad-style of attack manifested itself last week when the popular humor website cracked[dot]com was infected with malware. Researchers from Barracuda Labs expressed concerns that the number of infections arising from this attack could be quite high considering that the site ranks 289 in the U.S. and 654 globally, according to the Web information firm, Alexa. Similarly, the web-developer resource site PHP[dot]net was recently infected according to Spiderlabs research, as were a small handful of Russian banking sites (you may need to brush up on your Russian to read this).

The more refined or targeted style of attack is perhaps best demonstrated by the rash of watering hole attacks targeting the Department of Labor websites earlier this year. In this case, the targets were likely individuals with access to sensitive government networks. More recently, researchers from the security firm FireEye reported a watering hole attack against an unnamed U.S.-based non-governmental organization (NGO) website hosting domestic and international policy guidance.

In general, the point is this: who would think that the Department of Labor’s website would be serving malware? But that’s the point exactly: to infect an unlikely site where visitors have their guards down.

There is no such thing as perfect security. You never know where an attacker may be hiding malware. They use automated tools to determine which websites contain exploitable vulnerabilities. Therefore, you’re dually relying on the website administrators install updates that will have to have been built by the various software vendors. If admins are anything like normal Internet user’s then they probably aren’t very good about implementing patches. For sure, vendors are much better than they used to be about building patches, but there are still an alarming number of companies in this space with no patch schedule whatsoever.

Because of all of this, the easiest way to protect yourself from websites containing malware is to run an antivirus program, pay attention to browser warnings, and read security news, whether you are surfing on your PC, Mac, tablet or phone.

Poll: Why do you use free antivirus?