The Winter Olympic Games in Sochi are set to kick-off with the Opening Ceremonies on Friday and the Russian city is now in the spotlight of the global media. 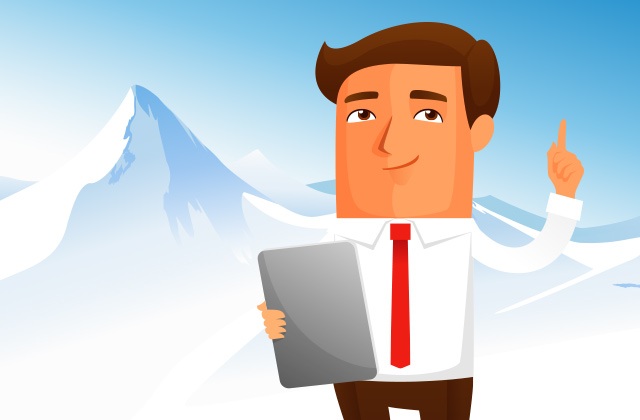 Thousands of tourists and competitors from around the world have already landed in Sochi to take part in the event.

With the rising sophistication of cybercrime, events like the Winter Olympics raise legitimate concerns about its dangers. There are several things that tourists and sports-lovers all over the world should take into consideration during the Winter Olympics.

Cybercriminals are likely to try to use forged webpages that pose as legitimate Sochi Games web-resources to try to sell fake tickets or collect private data from those willing to attend the sports events.

Cybercriminals are likely to try to use forged webpages that pose as legitimate Sochi Games web-resources to try to sell fake tickets or collect private data from those willing to attend the sports events.

Kaspersky Lab has already registered a spike in spam e-mails that are using the Sochi Games to promote their services. Spam recipients are being lured into embezzlement schemes, for example, offering to help book hotels and/or make other travel arrangements.

We highly recommend not opening any attachment in a suspicious e-mail or social network message with an Olympic-related header as it may contain malware. You should also avoid following any links in such messages, as they can lead to malicious websites that will likely compromise the security of your computer.

Another more traditional recommendation for all the visitors of the Games is to keep their anti-malware solution constantly updated.

Extra caution is required while using public Wi-Fi networks. Avoid using any unprotected network, as your Internet traffic can be relatively easy for criminals, who are connected to the same hotspot, to intercept it.

If you have to make an online payment or use online banking services over a public Wife network, you should use a protected VPN connection or a software solution that has a safe payment option.

There have been reports about the threat of the Olympic games IT infrastructure coming under attack from politically motivated hackers or hacktivists.

These threats can be divided into two groups. First, events of this kind receive huge media attention. They inevitably attract amateur and unorganized hackers, often in their teens, who try to stage an attack in which they temporarily shut down or deface Olympic websites or other resources through a DDoS attack. These unsophisticated threats pose little danger to visitors of the Games and to the Winter Olympics themselves.

The second group of threats is related to the organizations of highly qualified hackers who are likely software engineers or even security experts that have turned to the dark side. These groups are behind the Advanced Persistent Threats (or APTs) and pose the biggest danger to any large-scale event such as Winter Olympics. These groups develop advanced malware and inject them into the networks used by scientific, military and governmental organizations. Such malware can be used to steal data and disrupt the IT infrastructure of the target. Tackling such sophisticated cybercrime is always a challenge and developing tools required to do this is one of the top priorities for Kaspersky Lab.

We at Kaspersky Lab would like to wish all participants and visitors of the Sochi Winter Olympics the experience of a lifetime! Have fun and be safe from cybercrime.

In late January, Kaspersky Lab had accumulated about 200,000 unique samples of mobile malware, up 34% from November 2013, at which time we had recorded only 148,000 samples. This can’t compare