This browser is a modified version of the Firefox browser — with maximum privacy settings. But its most important feature is that it can redirect all user data through The Onion Router (hence the name Tor) network. Data is transmitted in encrypted form through several layers of server (hence the onion in the name), where it’s mixed with data of other users of the network. This method ensures privacy: websites see only the address of the last server in the Tor network — the so-called exit node — and cannot see the user’s real IP address.

But that’s not all. The Tor network can also be used to bypass restricted access to certain sites. For example, in China, many “Western” internet resources are blocked, so users turn to solutions such as Tor to access them. Incidentally, YouTube is also officially unavailable in China, so, by definition, the video is aimed at those looking for ways to get round the restrictions. It’s likely that this was by no means the only method of distributing the OnionPoison malware, and that other links were placed on resources inside China.

Normally, a user can download Tor Browser from the project’s official website. However, this site is also blocked in China, so there’s nothing unusual about people seeking alternative download sources. The YouTube video itself explains how to hide online activity using Tor, and a link is given in the description. It points to a Chinese cloud file-hosting service. Unfortunately, the version of Tor Browser located there is infected with OnionPoison spyware. So, instead of privacy, the user gets the exact opposite: all their data is revealed. 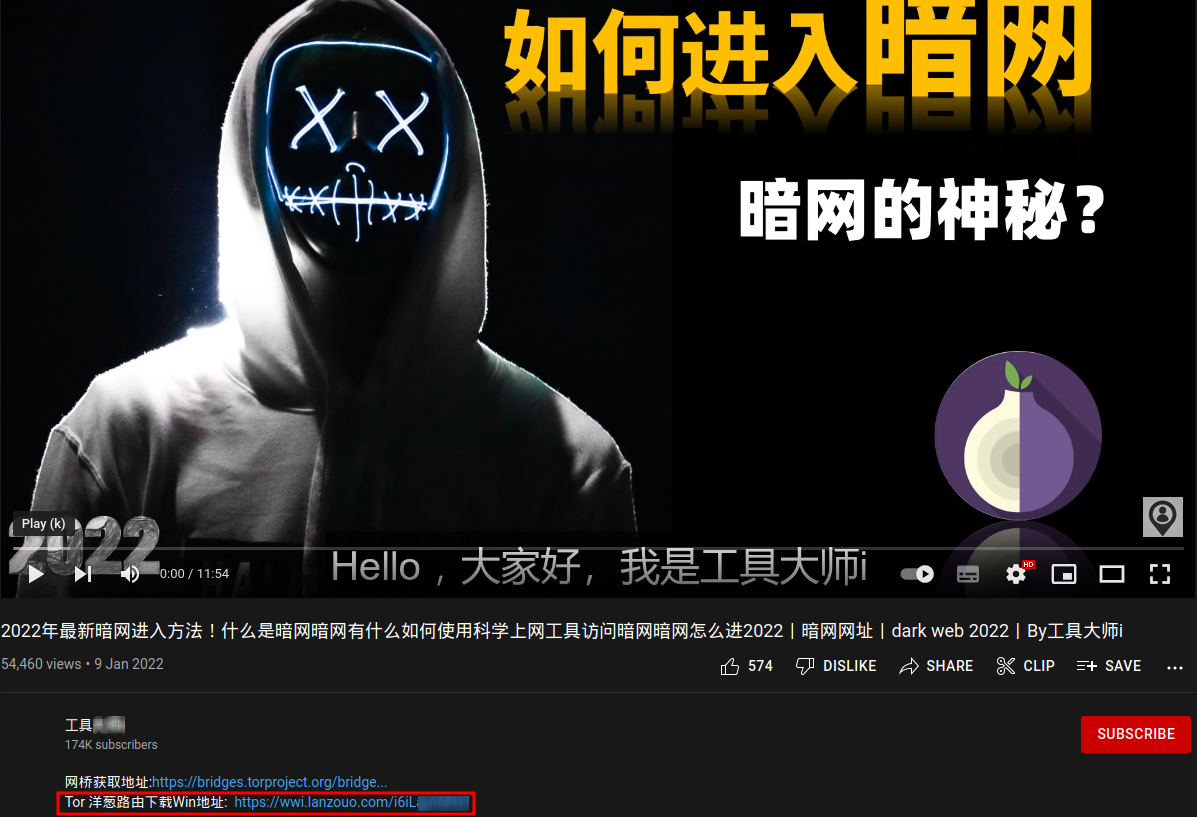 Screenshot of a YouTube video advertising a malicious version of Tor Browser. Source

What the infected Tor Browser knows about the user

The infected version of Tor Browser lacks a digital signature, which should be a big red flag for the security-minded user. On installing such a program, the Windows operating system displays a warning regarding this. Naturally, the official version of Tor Browser has a digital signature. The distribution contents in the infected package, however, differ very little from the original. But the minor differences are important.

For starters, in the infected browser, some important settings have been changed when compared with the original Tor Browser. Unlike the real one, the malicious version remembers the browser history, stores temporary copies of sites on the computer, and automatically saves login credentials and all data entered into forms. Such settings already cause enough damage to privacy as it is, but it only gets worse… 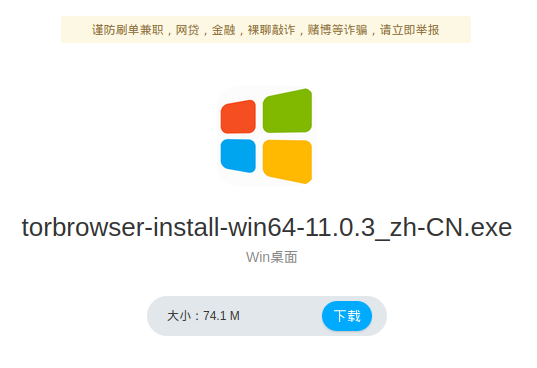 One of the key Tor/Firefox libraries was replaced with malicious code. This calls the original library, as required, to keep the browser working. And at startup it also addresses the C2 server, from where it downloads and runs another malicious program. What’s more, this next stage of the attack on the user occurs only if their real IP address points to a location in China.

This “second stage” of the attack furnishes the attack organizers with as much detailed information about the user as possible, in particular:

Such details can be used to associate any online activity with a specific user. Wi-Fi network data can even allow their location to be established rather accurately.

OnionPoison is so named because it essentially destroys the privacy provided by The Onion Router software. The consequences are obvious: all attempts to hide your online activity will, on the contrary, reveal it to the attackers. Curiously, unlike most malware of this kind, OnionPoison doesn’t bother stealing user passwords. The organizers clearly have no need for them: the sole purpose of the attack is surveillance.

Even if you don’t have to use Tor Browser to protect your privacy (in most cases, a regular VPN app will suffice), the OnionPoison study offers two useful lessons in safeguarding against malicious activity. First, only download software from official sites. For those who want additional verification, many software developers publish so-called checksums. This is a kind of ID of the “real” program installer. You can calculate the checksum for the distribution you downloaded to make sure it matches the original.

In the case of OnionPoison, users had to download Tor Browser from unofficial sources anyway as the official site was blocked. In such situations, checksum verification is very useful. But, as we mentioned above, the distribution had another red flag: its lack of a legitimate digital signature. If Windows displays such a warning, better to double-check everything before running the program. Or just don’t run it at all.

The site hosted on the OnionPoison command-and-control server is visually identical to the real www.torproject.org. Source

Now for the second lesson, which stems from the first. Never download programs from YouTube links! You might argue that OnionPoison poses a threat only to folks in China, and those in other countries seem unaffected. But in fact, this isn’t the only attack that uses social networks as bait to hook gullible users. Another recent Kaspersky report showed how cybercriminals infect gamers’ devices and steal their data. The attackers in this case also distributed malware through YouTube. What’s more, the malware compromised the victim’s own YouTube channel, posting there the same video with a malicious link.

YouTube-based attacks are partly helped by Google’s prioritization of videos in search results. Attacks of this kind are another example of how ordinary, seemingly safe resources can be misused. Even an experienced user can’t always distinguish a real link from a malicious one. Such “inconveniences” of digital life are the best possible argument for installing a high-quality security solution. Even if your natural online caution fails you, security software will identify and block the threat in good time.

NullMixer: multiple malware in one

Episode 273 covers everything from a Microsoft leak to Netflix banning shared passwords and the first Metaverse nightclub!