Have you ever wondered how a typical office would look in a decade or so?

The first thing to come to mind is likely some pseudo hi-tech equipment based on a bad sci-fi: retina scanner at the entrance, a conscious robocop for protection, a 3D avatar of your boss in a luxury boardroom, etc. — all of these fantasies copy today’s reality and enhance it with geeky digital tomfooleries. 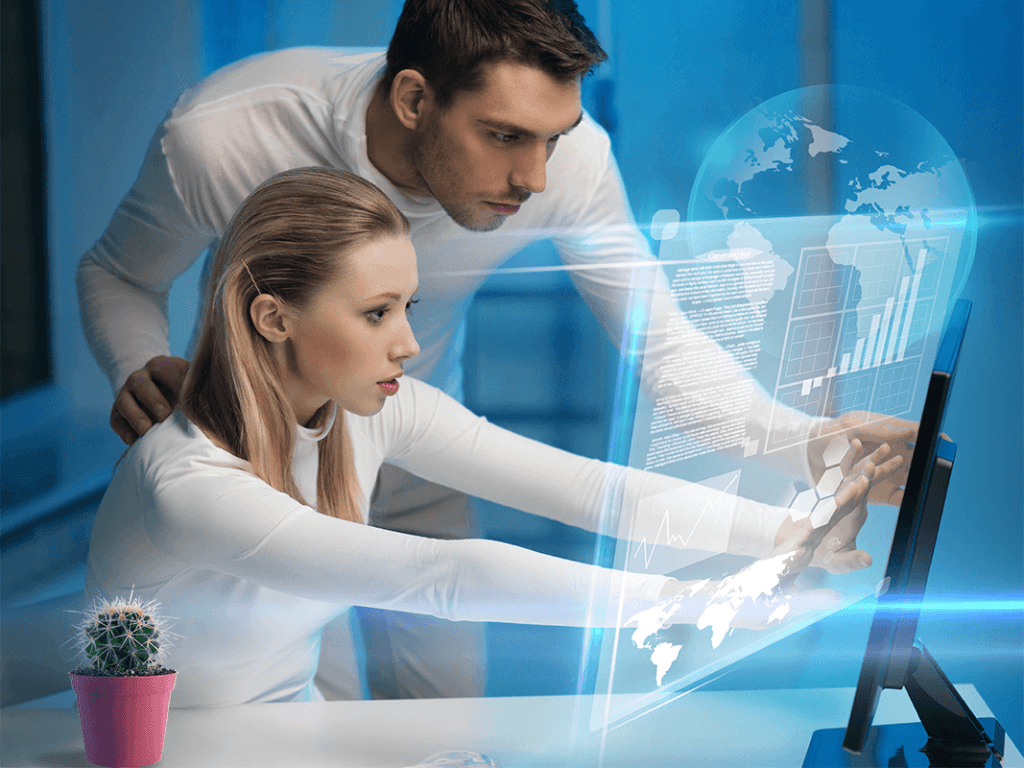 The reality is likely to be more down-to-Earth and packed with less gizmos, but, in some respect it may be even more shocking. Here we present a number of controversial trends, which may shape the office in years to come.

Home sweet home wherever you go

Judging by assertive ads and wow-inspiring publications, working from a home office is in our imminent future. This opinion is partially affirmed by stats: the number of such offices is growing.

Total amount of permanent remote workers in the U.S. does not exceed 5%, but occasional remote working is employed by about half of all Americans.

The whole remote home office boom dates back to the previous decade when the proliferation of the Internet peaked. Throughout the years, Internet growth somehow stabilized. The total amount of permanent remote workers (including self-employed) in the U.S. does not exceed 5% of the employed population.

At the same time, occasional remote working is a far more widespread phenomenon. Today, you are sitting in the office. Tomorrow, you are preparing a PowerPoint presentation on an airplane, then you answer emails while sitting in a coffee shop in a different city. This is the working reality of about a half of all Americans.

Anyone who ever worked remotely, learned to appreciate the charm of office visits, at least, during the first hour. Numerous studies have proven that physical proximity to co-workers (not what you might have thought!) significantly contributes to higher productivity. Considering that peak office space utilization rate, according to the Strategy Plus consultancy, is 42% on average, flexible reconfigurable open spaces offer a high chance that employees will become closer.

It does not necessarily mean that we would have to work while standing due to this convergence trend. Turning down the idea of personal workspaces allows for a decrease in unused office space and, again, drives productivity. This is true for Norway-based Telenor, who employed this system back in 2003.

Google and IBM are also among adopters of shared workspace.

Meet me by the coffee machine

It is widely accepted that a company’s most important matters are discussed not in a boardroom, but by a coffee machine or water cooler.

Today’s office architects take this proverbial truth seriously and employ scientific thinking to it. In the trendiest offices, the space is organized in a way that provokes these small ‘unplanned’ meetings between employees from different departments in such ‘places of power’.

How does that happen? All local coffee machines and water coolers are taken away from a department and installed in huge ‘points of gathering’ where employees have no choice but chat with a co-worker – these methods are used by Google and Samsung development departments.

It is quite likely that standard “desk+chair’ workspaces will become extinct in some offices. This would be done not for the sake of space convergence, but for the sake of employees’ health.

Sedentary lifestyle is a proven evil. For example, a 45-year-old person spending 11+ hours a day sitting on a chair, according to a research, runs a 40% higher risk to pass away in the next 3 years.

Architects RAAAF took on the office of the future. Think prairie dogs in a cube farm. https://t.co/U4aAEzipMm

RAAAF, a Dutch art project, decided to solve this problem by establishing an experimental studio dubbed ‘The End of Sitting’, which resembles a modernist playground rather than an office space. One couldn’t possibly sit normally amongst a chaotic pile-up of plastic blocks. But it is possible to lie down, stand, place oneself into a narrow gap between the constructions, and curl into a ball. This forced movement while working is based upon absence of workspaces where one could comfortably sit for prolonged periods of time.

To make this experiment as realistic as possible, a group of ‘young professionals’ was placed in the office for three weeks and was able to work successfully for the entire duration of the experiment. In their evaluation, the participants cited ‘tired feet’ but also confirmed they felt more ‘lively’ than in the traditional office. It may be quite useful to maintain the experimental integrity and listen to ‘elderly’ employee evaluation, but the experts, for some reason, decided to skip this step.

Halt! Who goes there?

Boy, do those fingerprint and retina scanners look awesome and futuristic! However, the most feasible admission control for an average office would be based on programmable electronic locks opened by, say, a smartphone.

Do We Have To Trust #Biometric #Authentication? New blog over at Kaspersky Daily. http://t.co/quxOmgn8dp

The advantage of this solution lies in low pricing — such locks have already been used in mass-market smart home deployments. Each employee would receive a flexibly configured security profile and use a temporary digital certificate on admission. Simple and elegant, and one would hardly be able to find a person without a smartphone in a couple of years.

Whereas today co-working spaces are mostly a pre-seed start-up standard, in the future such offices might become popular amongst more mainstream companies.

The reasoning behind that is quite straightforward: co-working provides an opportunity to save by flexibility in resource utilization (remember the 42% of peak utilization) and it also uses the ‘coffee machine effect’ from the diversity of the environment, which, in turn, drives productivity.

Well, the crystal ball isn’t always dependable. These ideas look quite reasonable now, but there are chances future members of the workforce would perceive them with a patronizing smile the way we now look at the canvas of French artists, who drew the 2000s reality back then. At times, reality transforms so fast it is impossible to make an accurate guess. Time will tell.

In part one of our series, we discussed tech used by bank card ‘seekers’. Today, we’ll cover how criminals carry out the most dangerous skimming processes.