Kaspersky Lab has adopted its wildly successful ZETA Shield from its corporate solutions and is implementing the technology into Kaspersky Internet Security 2014, providing even more robust security for everyday users. 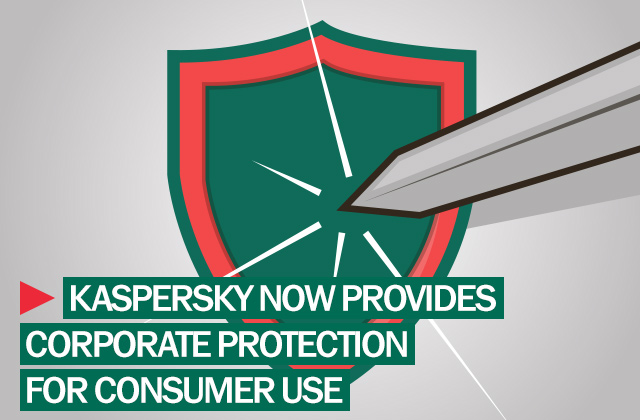 ZETA stands for “Zero-day, Exploits & Targeted Attacks” and is a piece of technology designed to protect enterprise from targeted attacks.

In the words of the top dog, Eugene Kaspersky:

“ZETA Shield I think might be best described as a high-tech antivirus microscope for the detection and elimination of the most cunning of malware, which hides deep in the bowels of the inner recesses of complicated files,” Kaspersky said in a personal blog post. “In short, this is our unique defense technology against future threats, one which can track down unknown cyber-contagion in the most unexpected places.”

ZETA Shield I think might be best described as a high-tech antivirus microscope for the detection and elimination of the most cunning of malware, which hides deep in the bowels of the inner recesses of complicated files.

More technically speaking, ZETA Shield scans the data stream on a computer for code fragments characteristic of exploits built into legitimate files, whether its executable code in the body of an office document or an odd command call attempt. ZETA is incredibly flexible, allowing it to dive into and analyze any number of different file types and processes on a given machine.

This bit about the data streams is important, because it is essentially what separates ZETA Shield from other security technologies. ZETA Shield works with data streams instead of individual files, allowing it to conduct deeper analyses incoming data, identifying seemingly out of place elements and using them as indirect indicators of other potential threats.

Kaspersky himself probably explains best why his company has decided to load a heavy-duty corporate protection mechanism into a predominately consumer-focused product:

“Targeted attacks are not only launched against governments, politicians and big companies. Anyone can be a victim. And that’s why we’ve decided defenses against targeted attacks should be in personal products too.”

Congratulations to our fourth stage winner in Kaspersky Lab’s 7 Volcanoes contest – Laura from Ireland! Laura entered the contest on behalf of her parents as a surprise gift to thank them