Jeffrey lives outside Boston with his wife and two kids. While brewing beer is still a great passion of his, his main hobby now is gardening — growing peppers for making super-hot sauces with. But in this interview, Jeff tells us how his life is greatly influenced by his work — as the Head of Regional Social Media at Kaspersky.

– Let’s start from the beginning. When you were a child, you weren’t even able to dream about working for a cybersecurity company, since there was no such thing back then. So what did you dream about?

– When I was a kid I wanted to be a Transformer! Like most kids, my mind was filled with fantasies and things that could take you outside what’s normal. A lot of the things that I liked were tied to the sci-fi world. As I got older, I wanted to work in something where I could write or be a teacher.

– Wow, I tried to be a writer myself. Did you get published?

– I’ve had some short stories and poetry published, but it never paid well so I looked for something in a different field. When it came to writing I wound up in sports public relations; I did really well there and turned down an offer of free higher education to become a university professor.

– How come you switched from sports to cybersecurity?

– I had the problem that occurs in many stories. Boy meets girl, they fall in love, blah, blah, blah. I met my then-wife while on a cruise ship and we had a long-distance relationship for a year. Then we decided it may work, so I quit and took a job in the e-commerce industry and moved to Boston.

After eight years with that company I was looking for something new. A friend worked at Kaspersky and we connected. To be honest, I thought it was a boring industry and would be something short term. Boy, was I wrong. On my third day we announced the discovery of Duqu 2.0. 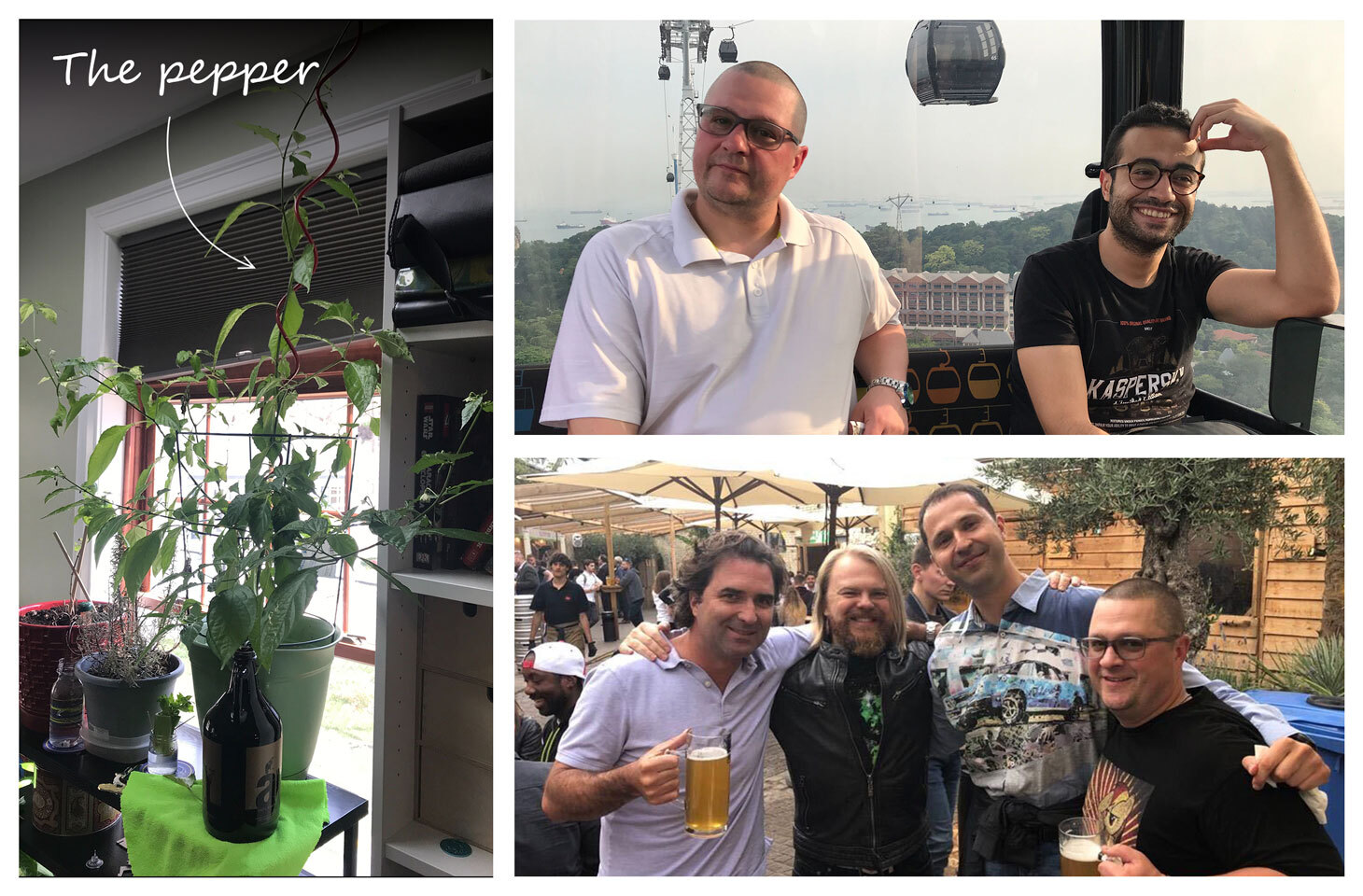 – Aha, Duqu is a good example to explain what your job is about. What exactly you were doing when this research was revealed?

– The night before, we were called to an obligatory meeting at 6am the next morning. At the time, I was like “damn that sucks; what the hell is this?!” I will never forget the calm voices of my colleagues discussing what happened and what we would be doing regarding the press conference, release, etc. Then came the message from Serge (the Head of Social Media) to meet him at the office at 8am to discuss things and to make sure that all the information for the blog was ready to go.

Since this was only my third day, I had no clue what to expect. I was manning our social media accounts for the first time: every tweet, Facebook message or comment on blogs/news sites/reddit were coming to me. I did my best at the replies, but I had Serge with me in the States helping approve the messages. It was then that I knew this job was not going to be boring!

Fast forward to today — with over a dozen crisis moments and major APT announcements — and I’ve a whole different view on how things are handled. Now I am involved in the crafting of messaging, responses, and also what we should and shouldn’t say publicly and on social media. And it’s funny, but we use Duqu as an example of how we were forged as a strong team.

– Working for a foreign company, what kind of new experiences does it bring?

– I had a bunch of questions at the outset that were playing off some stereotypes I had growing up during the Cold War in the U.S. I used to look at things through my narrow American lens. However, having worked here now for quite a long time managing a multinational team, I’ve learned a lot. A lot of the conceptions I had were really changed.

– Do you always understand your multinational colleagues? How often do they not understand what you are saying?

– Yes, I have to slow how I speak and make sure that things are uttered perfectly —especially for those who don’t have English as their first language. There are times when I still have to do a lot of retakes for how things are said. It still happens at least once a week now.

When it comes to understanding, I think that we have a lot of good people who make it work — no matter the language. That is not just on social media, but with our larger team as well.

I tried learning Russian and got to the level of maybe a preschool child, but had to stop due to lack of time. But even that taught me that the language barrier is real — you can understand how hard it is for others not speaking their mother tongue to communicate all day long, and that flips your perspective. 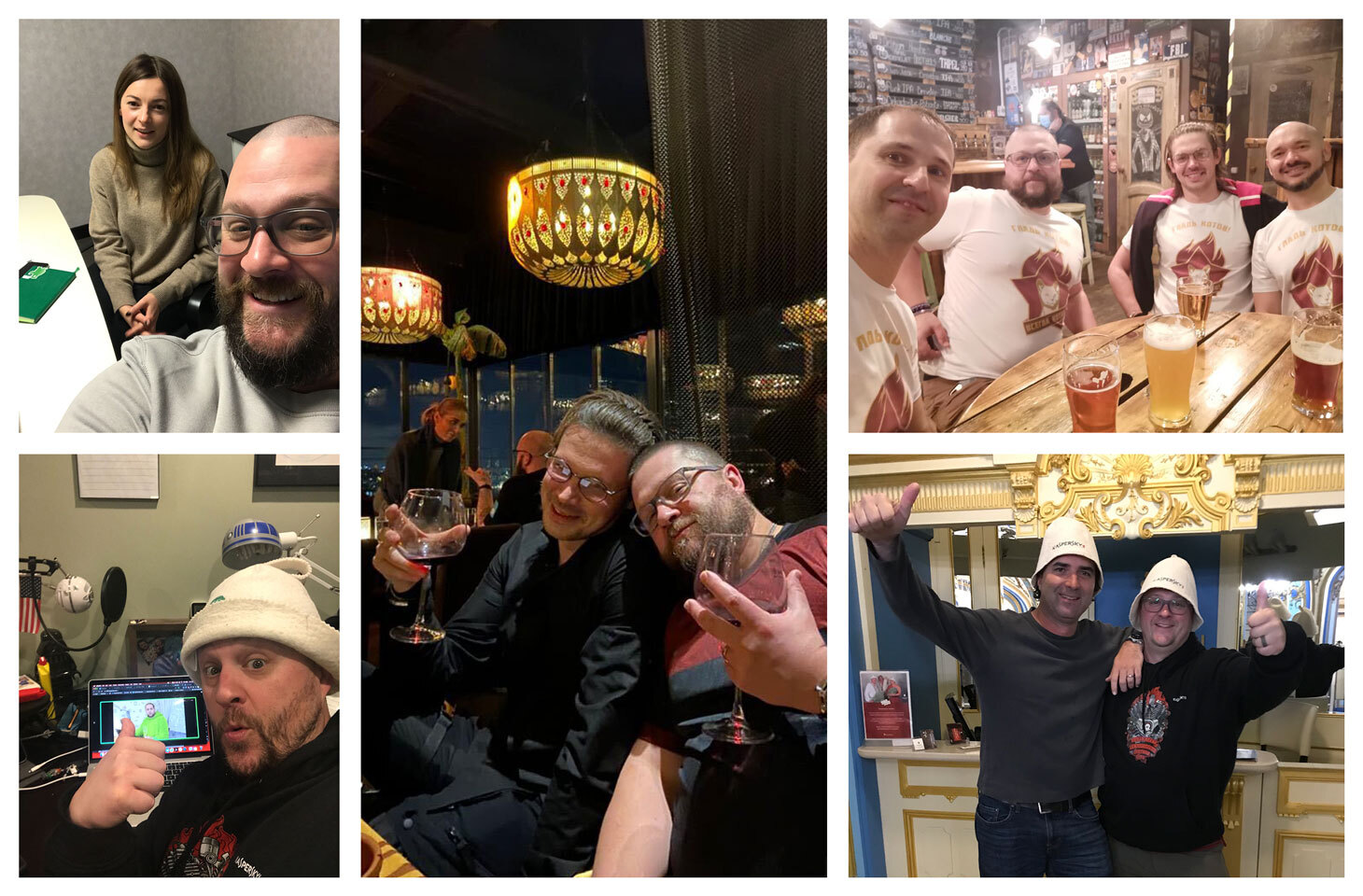 – The first thing that surprised me was that Russians are not as cold and hard as is often thought. Russian people are very warm: not something that’s portrayed in movies. But one thing that I did not expect was just how cold — and also how hot — it can get in Russia.

And the thing that I really have enjoyed with our colleagues is getting to learn more about how people were brought up, and the laughs that we can have regarding the political BS during the Cold War. Look at guys like me or you — we have a beer and we have a lot of things in common and we just want to lead good lives.

Yes, there are differences, but, for real — we’re all people. And this is one of my favorite things; learning the culture and also trying out things like foods that are a bit different to what we have in the U.S.

– Is it difficult to explain this view when you are back in the U.S.? How do Americans treat you when they learn you are working for Kaspersky?

– When I first took the role, there were a lot of jokes that played into the Rocky IV movie with Ivan Drago and stuff like that. And no, while it sounds commonplace, I have yet to see a bear driving a car.

From a family perspective, one of my nephews is convinced that I’m a spy and tells people that that is what I do. Hell, I had a really interesting parent teacher conference when one of my kids told their teacher that I was a spy and that’s why I travel so much for my job and why I go to Russia so much.

One of the most common questions I get about going to Russia is whether or not it’s safe, if folks are scary, and things like that. A lot of it is still Cold War BS that comes up.

When it comes to social media, you grow a thick skin. A lot of people make personal attacks. Nowadays it’s a lot of dealing with people who say that Kaspersky is part of the government — which is untrue.

How I look at things: if you can have an educated conversation, it’s great, but if you have someone who just wants to be an ignorant ass — well, they really aren’t your friend to begin with. 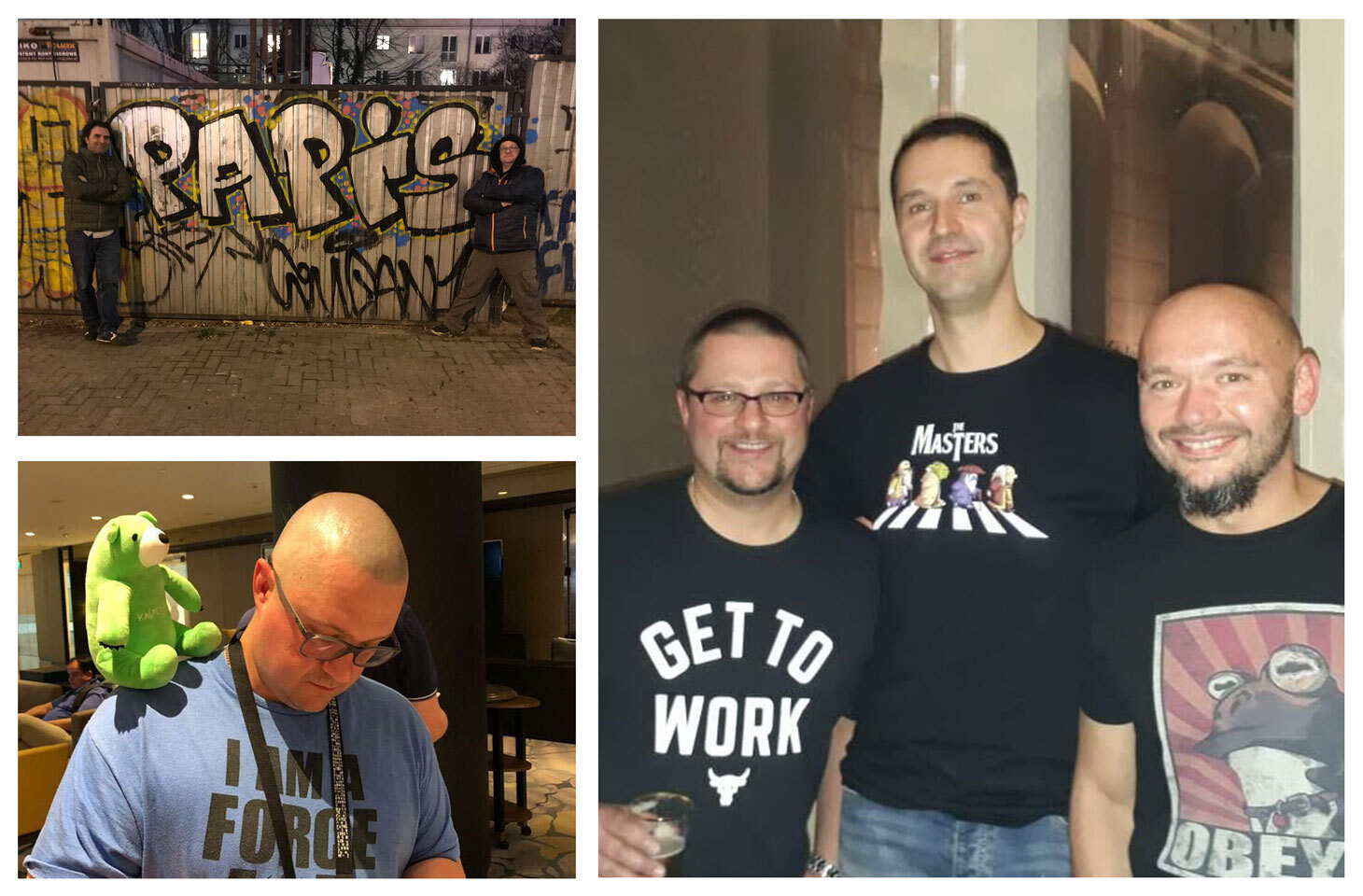 – Have you had a hard time over last two months coping with the social media storm against Kaspersky. What was the most difficult thing in this work?

– I think that the people of Ukraine have it a lot harder — as do my friends and colleagues in Russia where economic sanctions are bringing them hardships. This is the life part that matters — not someone posting on social media.

From a business standpoint, I look at a lot of the things that come at our company and at Eugene Kaspersky’s accounts. There are bots of course. Then there are social-signalers — people who reply to any account posting on particular topic or trend. In the current situation, these accounts are replying to any company or entity that hasn’t stopped serving the Russian market. And of course there’s no lack of random trolls who jump into any conversation.

When it comes to personal accounts, perhaps the most tricky breed of trolling comes from people whom you know really well.

The bigger issue has been talking to our employees and coaching them on how to reply to people and what can or cannot be said. This has been especially prominent with our EU colleagues. They are going to work and collecting pay and happen to work for a Russia-founded company. So they get questions. The problem is that many people are now tying working at a Russian company to being akin to working for the Russian government. Which is obviously not the case at all.

– Finally, let’s try to look into the future. In your opinion, how will the situation in cybersecurity change after this conflict? For example, some Western politicians tell folks not to use Kaspersky products just because they’re from a Russia-based company. Aren’t they opening their doors to hackers?

– This is a tricky question. From a future standpoint, the private and public sector need to work better together. Cybercrime is not going away and neither are state-sponsored attacks. One of the things that makes Kaspersky unique is that we frankly don’t care where a threat comes from. We report on them all and will work with any law enforcement body to stop cybercriminals. We have in the past helped out the U.S. and EU governments who now shun us publicly — but that is politics. It would do a disservice to everyone if countries will stop cooperating on cybersafety or split this cooperation by arbitrary bloc borders.

I really just hope that people will realize that we’re a global society and not just lines drawn on a map. Any company that is not looking to actively protect their customers against cybersecurity risks is really failing.

Gabriel Mitacchione: “People love our product, but their bosses…”

Welcome to our kitchen

A bunch of vulnerabilities in Windows, one already exploited

Microsoft patches 128 vulnerabilities in a list of products, including Windows and its components.