My fellow editors entrusted me with the task of covering drones in this article. Drones fly here and there, without consent. Do they shoot videos? They do! More than that, check out some interesting cartoons they now can make.

But are drones as scary as they seem? 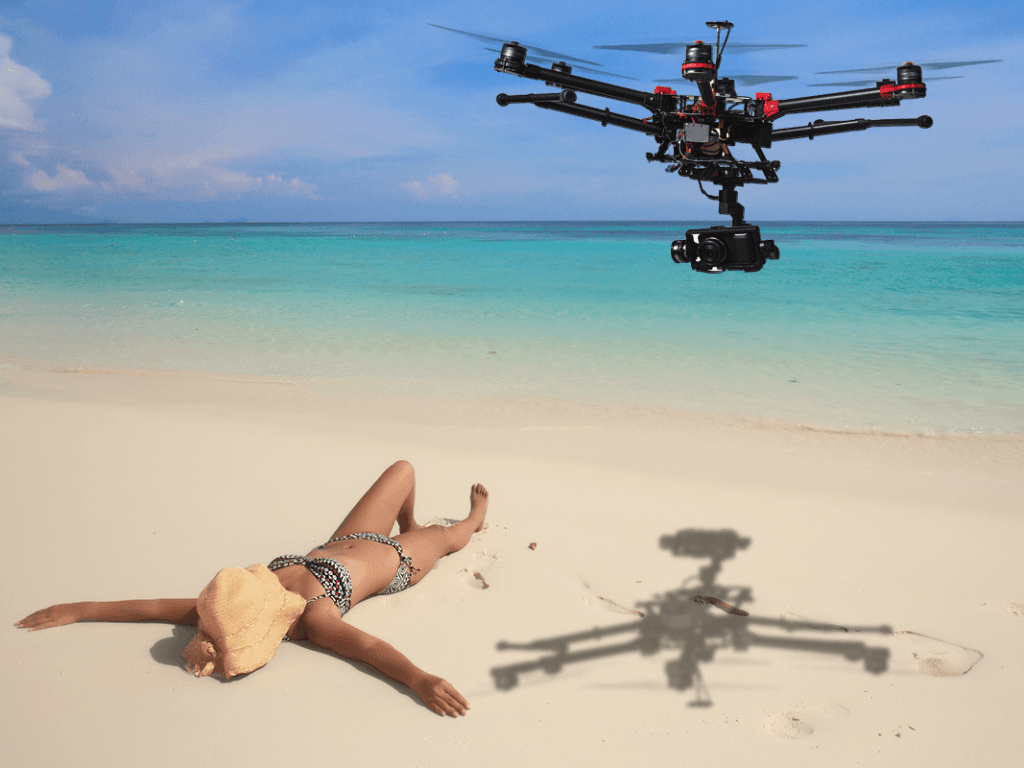 Drones, or, more officially, Unmanned Aerial Vehicles (UAVs), might violate someone’s privacy, unwittingly or not, but we’ve yet to discover and unleash their full potential. Of course, this disregards drones that are used for intelligence by the military – they have arsenals capable of stealthy mischief on a much larger scale.

Amateur aero-modeling dates back decades. What has changed since then? We have seen relatively cheap tri-, quadri-, and hexacopters emerging on the mass market

The most obvious concern is unauthorized footage of photo and video. However, amateur aero-modeling dates back decades, and attaching a means of recording to a drone is fairly simple. Such models are easily operated via radio connection.

Here’s what’s changed since the early days of drones: We have seen relatively cheap tri-, quadri-, and hexa-copters emerging on the mass market. These airborne vehicles are equipped by three, four, or eight equally spaced axis bearing electrical rotors and propellers. The key advantage they bring to a drone is better maneuverability and the ability to hover in a stabilized position. That’s why drones are increasingly used for shooting videos of extreme sports, panoramic scenes, and other beautiful sceneries.

Let’s analyze technical specifications of a common civil drone like 3DR, DJI, Parrot or even Lehmann. The majority of them are GoPro, smartphone, and camera mountable. All of the cameras, judging by their focal characteristics, cannot possibly be considered professional long-range equipment. Also, the flight time is limited to a maximum of 30 minutes. Higher end models which can carry at least a DIL camera or a DSRL camera with a modestly-weighted lens are able to remain airborne for as little as 15 minutes.

As for action cameras – which can be mounted on an average entertainment drone – they are usually equipped by a mediocre, fixed wide-angle lens. In fact, the most critical privacy violation in this case is a drone flying as high as 20 stories and shooting some candid-camera-style video. First, in order to protect themselves against this threat humankind invented curtains. Secondly, just look at the example of such footage.

Of course, a drone might be used to investigate the landscape and, for instance, count objects of luxury in some governor’s country house yard. But, again, don’t count on getting a detailed overview: faces cannot be recognized from such distances, and, when they get closer, drones might be discovered and caught in the act. Beware of a photographer with a hell of a good lens or of a neighbor with a binocular. Recording sound is even a worse idea.

Can a kangaroo defeat a drone? Yes, and here's the video proof: http://t.co/8fPdmXXUIf pic.twitter.com/cnYZuIXMWZ

What else? Wardriving? Possibly yes, but bear in mind battery life limitation. Base station or hotspot emulation to sniff networks? Again, battery life is the limit. Try as hard as you want: You cannot turn a drone into a good surveillance device no matter who you’d like to spy on.

This isn’t a full list of limitations. The connection with a drone (which is also used to transmit ‘live’ video) is established via bands in the unlicensed spectrum (433 MHz, 2.4 GHz, and 5 GHz — yep, good old Wi-Fi). Considering a series of limitations imposed on transceivers capacity, we get a reach of max 1 km (usually specified by a producer as 500 to 700 meters).

To sum up, drones are by all means no threat to our privacy

In urban areas, this distance might be divided into two, or even three, to reflect the real-life capabilities (unless the drone is operated by a hardcore geek who likes to tamper with out-of-box specifications). Should you like to navigate a drone on a beacon-by-beacon basis, there will be a need to install additional transponders. So, it is serious work – unless you are after a real celebrity (but again, veteran paparazzi know their stuff and can offer a thousand other ways to do that).

Drones are, by all means, no threat to our privacy. Threats as described in Half-life 2 are years and years ahead — the tech cannot catch up yet. With all that in mind, initiatives by some major retailers to offer drone delivery look hilarious.

There are other limitations besides the technical. Legislation does not properly regulate drone flights — it varies from country to country and currently is under development in most cases.

Advice: if you see a drone in close proximity, make sure it won’t crash into you. Other than that, totally safe.

Curiously, drones pose a threat to common folk as an airborne physical object rather than a video-recording stealth device. Just imagine a thing weighing over a kilo flies into you at a speed of 10 to 15 mps and hits you on the… well, it does not matter, the consequences are dramatic (Warning! The link contains gory images!). So our advice on drone safety now is as follows: upon seeing a drone hovering in close proximity, make sure it does not accidentally crash into you.

And that’s it at the moment.

Kaspersky Antidrone: What it’s for and how it works

8 cybersecurity promises you should make to yourself for this year

We have constructed a list of promises that you should make to yourself this year to stay safe both online and offline.