Update: The app described in this post is discontinued. To protect your Android smartphone or tablet use *

Android OS has settled down for good on the top of the two hit parades. Firstly, it is a mobile OS rating. Secondly, it’s the rating of the mobile platforms which are  being infected most often. According to Kaspersky Lab more than 99% of mobile malware are Android-oriented. Applications on Google play are being regularly checked to safeguard users, moreover Google has implemented a number of protective measures in the Android OS itself. For example, during the application installation there is verification which can guarantee the origin of a software and the confidence that files were not changed by strangers. Unfortunately, these measures are not perfect and malware has had a good opportunity to get into the smartphone by a back door for a long time. 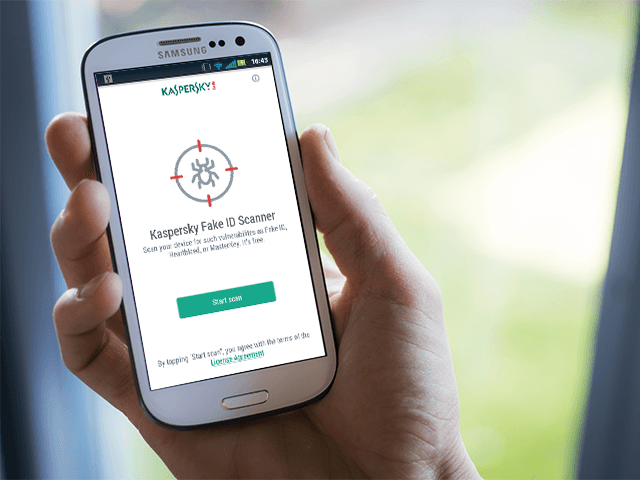 The last year specialists found several flaws in the Android protection mechanisms. Because of these flaws, a malicious application can penetrate the smartphone by disguising itself as a popular and trusted service, or by “piggybacking”   the legitimate application, i.e. adding itself into the installation package. The vulnerabilities called Master Key and FakeID are presented in most of the modern Android smartphones. They are a little bit less famous than renowned Heartbleed(Android smartphones are also subjected to it partly), but it is very important to remove them. The difficulty is that although Google released the necessary fixes long time ago, they should be implemented by either particular smartphone and  tablet computer vendor or by a mobile operator that distributes them. And then the owner of this particular device should download and install this update. This often happens with a significant delay and often doesn’t happen at all. So the amount of vulnerable devices numbers millions.

To seal the hole

To get rid of the vulnerability without any assistance is not easy, but you can minimize associated risks for your devices. Here are the steps to do that:

Update: The app described in this post is discontinued. To protect your Android smartphone or tablet use Kaspersky Internet Security for Android.

10 computer-related mistakes that can cost a career

Some things we routinely do in the office are dangerous for careers as they pose significant risk to the company’s business. It’s equally relevant for CEO and intern alike, so watch out!