Do you like privacy? Well, let me introduce you to a new player in the encrypted messaging game: Secret Conversations. It comes from a messaging service many are already using, Facebook Messenger.

The service is currently available to all users of Messenger on Android and iOS, and it provides optional end-to-end encryption for users. Secret Conversations are available only for one-to-one conversations and will not tie into past chats with a user — meaning that if you were talking with a coworker via Messenger for months, the new secret message would not retrofit the past conversation into a private encrypted thread; instead it would begin a new and separate conversation. Users can also pull an Inspector Gadget and have messages self-destruct in as little as 5 seconds.

Unfortunately for people who are not using Messenger, Facebook does not have the infrastructure in place to manage encryption keys to desktops. While some will decry Secret Conversations as just another Snapchat clone or way around the data sharing of Whatsapp, it could also be seen as a way to introduce another level of privacy to the billion-plus users of Facebook Messenger who may not be into using apps like Signal, Threema, or Telegram.

How do I get started?

To get started, you will need to open up Facebook Messenger on your mobile device. For purposes of writing these instructions and taking the screenshots, we used an Android device, but the process is similar in iOS.

1. Click the person icon in the top right. On the resulting screen you will scroll down to Secret Conversations. 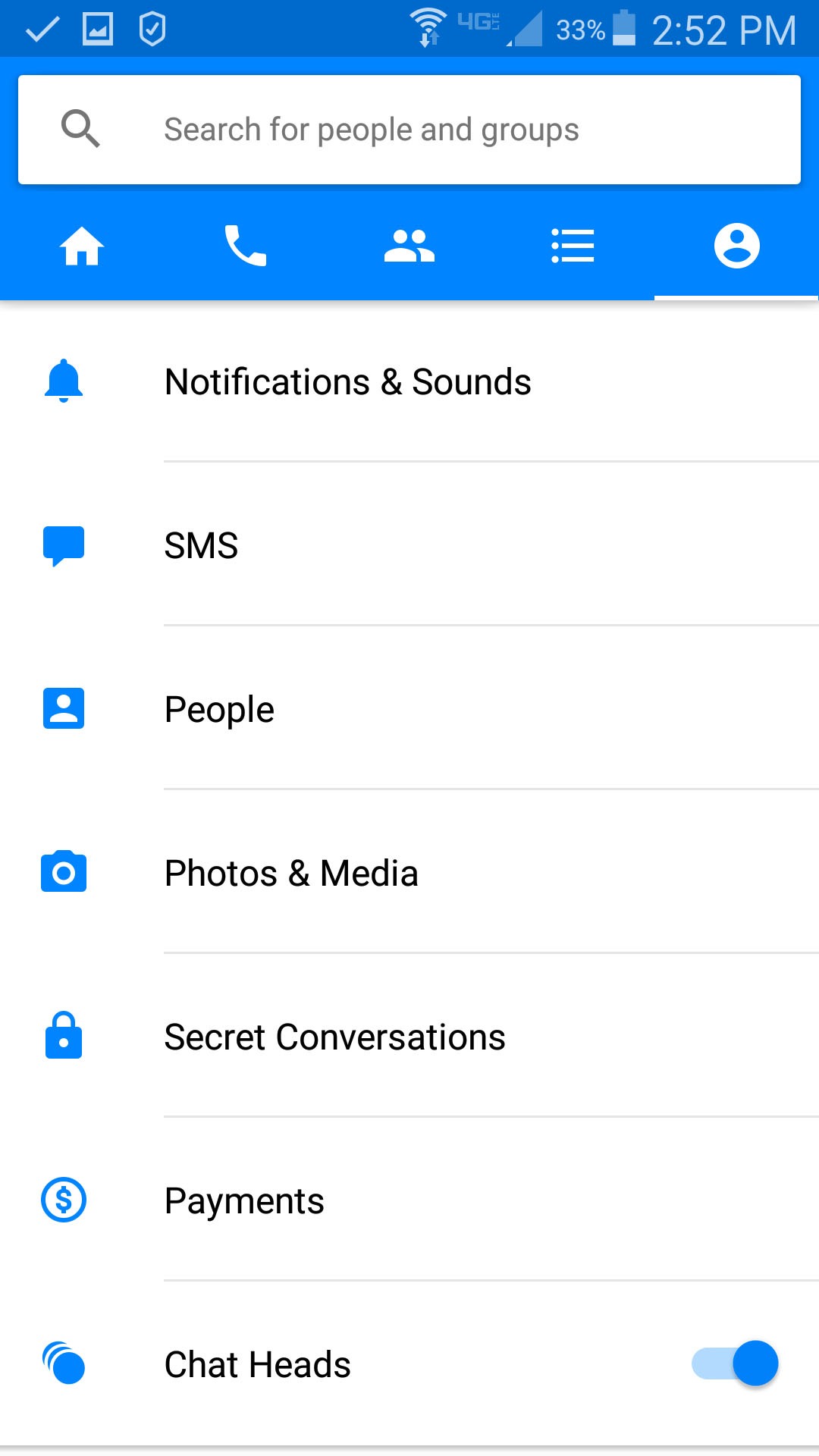 2.Turn on Secret Conversations. Agree by selecting OK. Note: You can always turn the feature off again by moving the toggle. 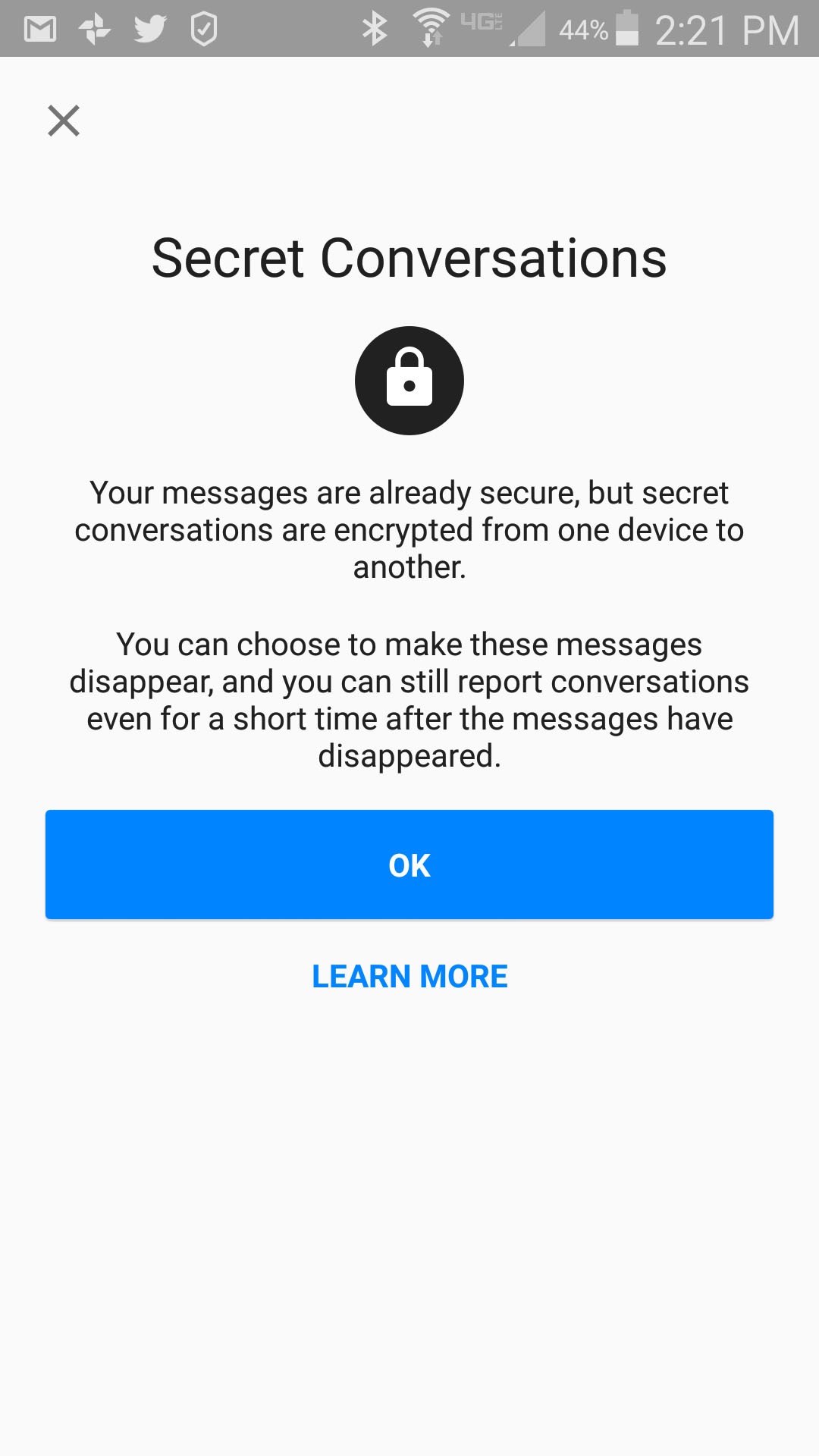 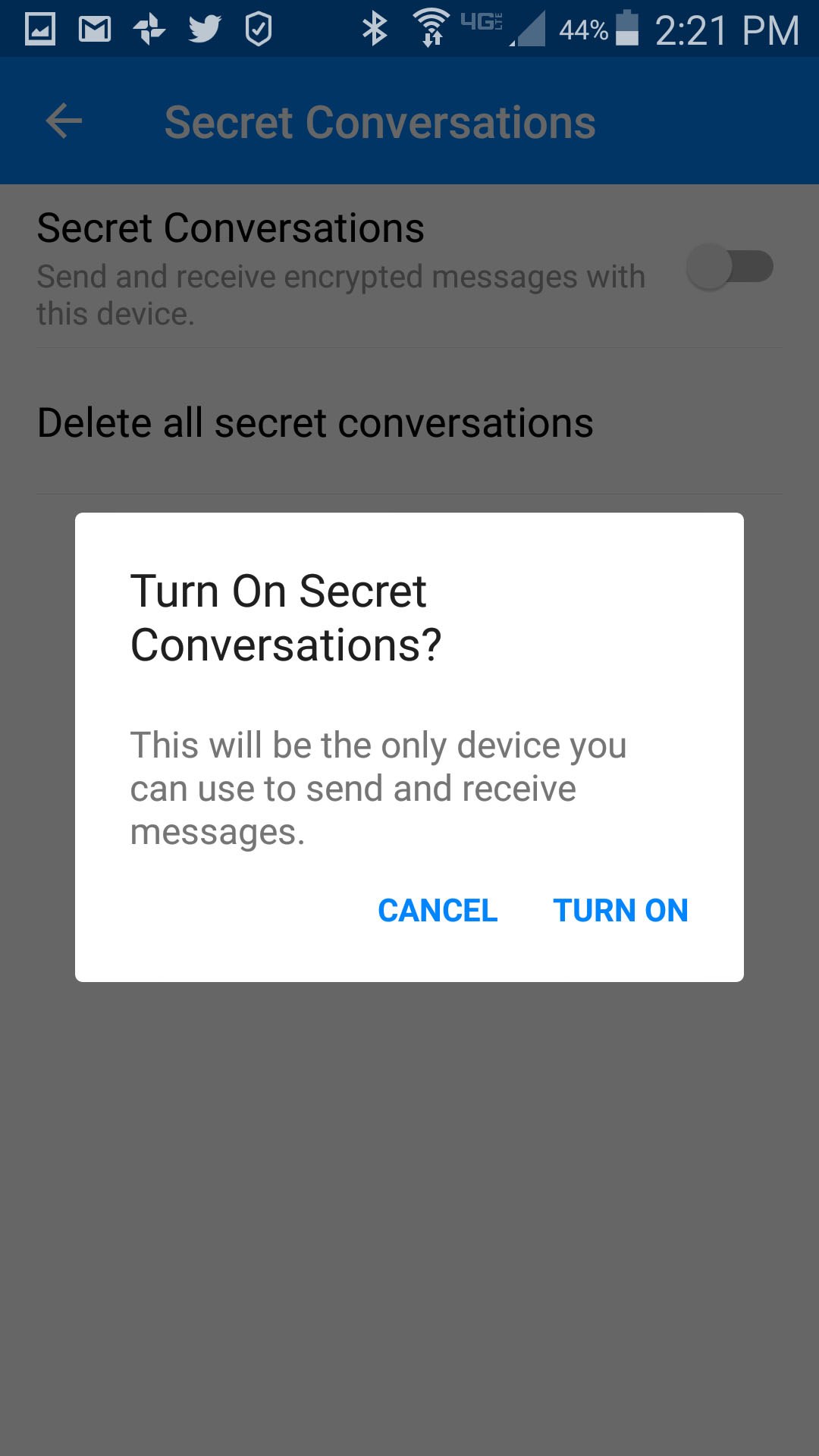 3. Start a conversation. As with to any Facebook message, start by clicking on the blue “+” button. 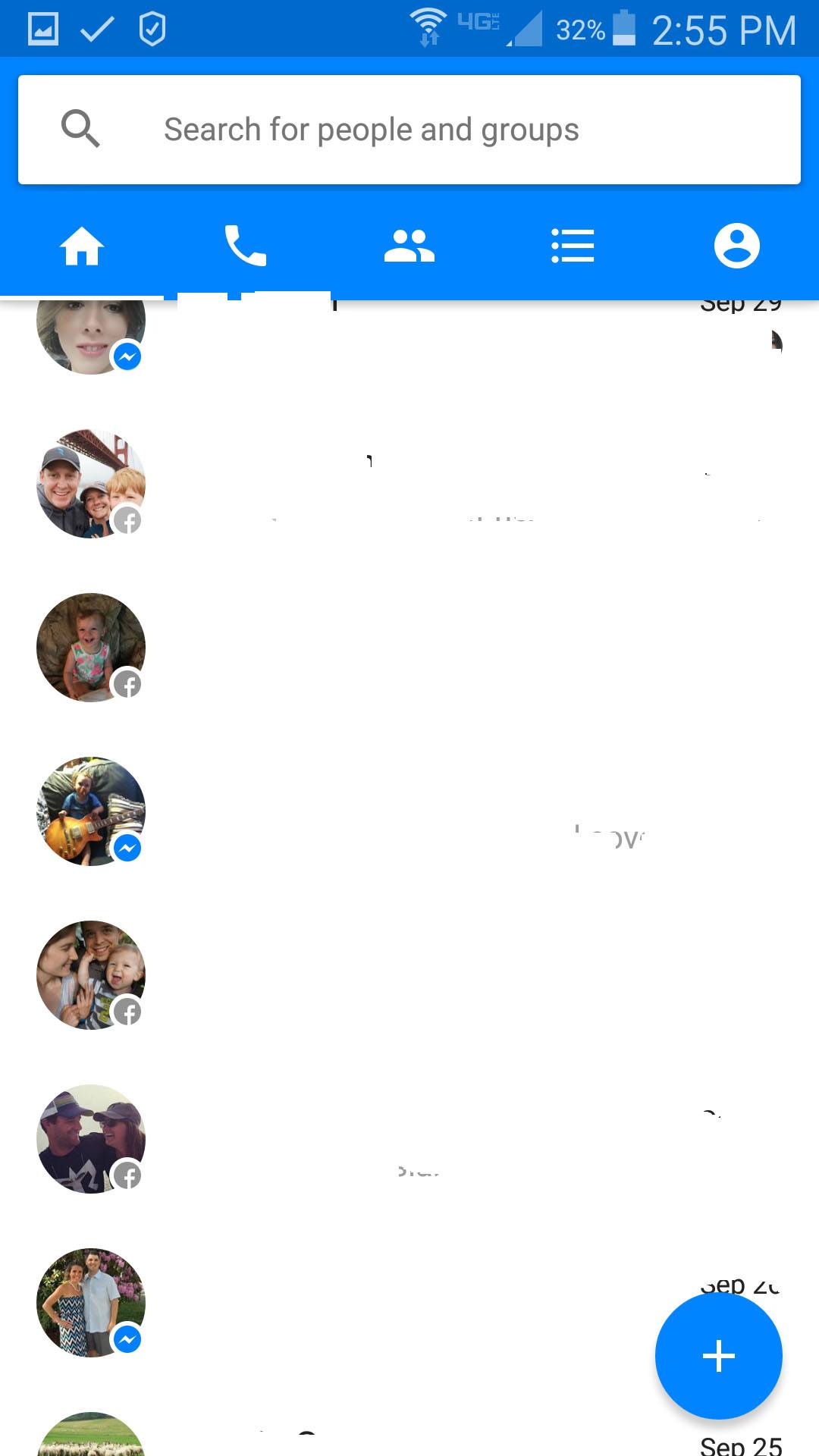 4. Go private. Before you select a friend to have a conversation with, pull the bubble in the top right to the right. Doing so will turn your screen private and make the messages part of a new Secret Conversation. 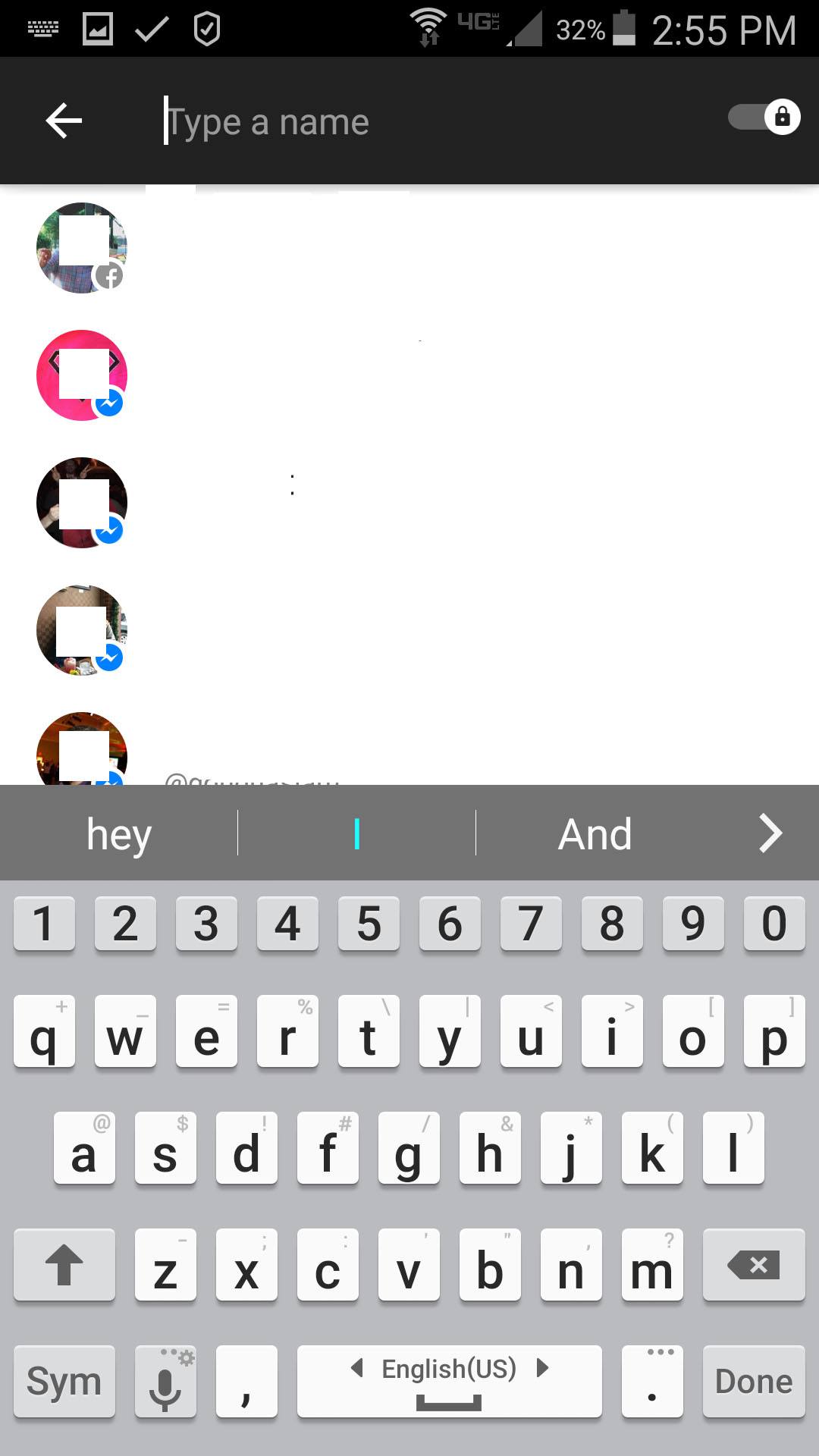 Now, you may hit a snag at some point in the process. If you try encrypted communication with someone who is not on Facebook Messenger, for example, you will get an error message in the chat. 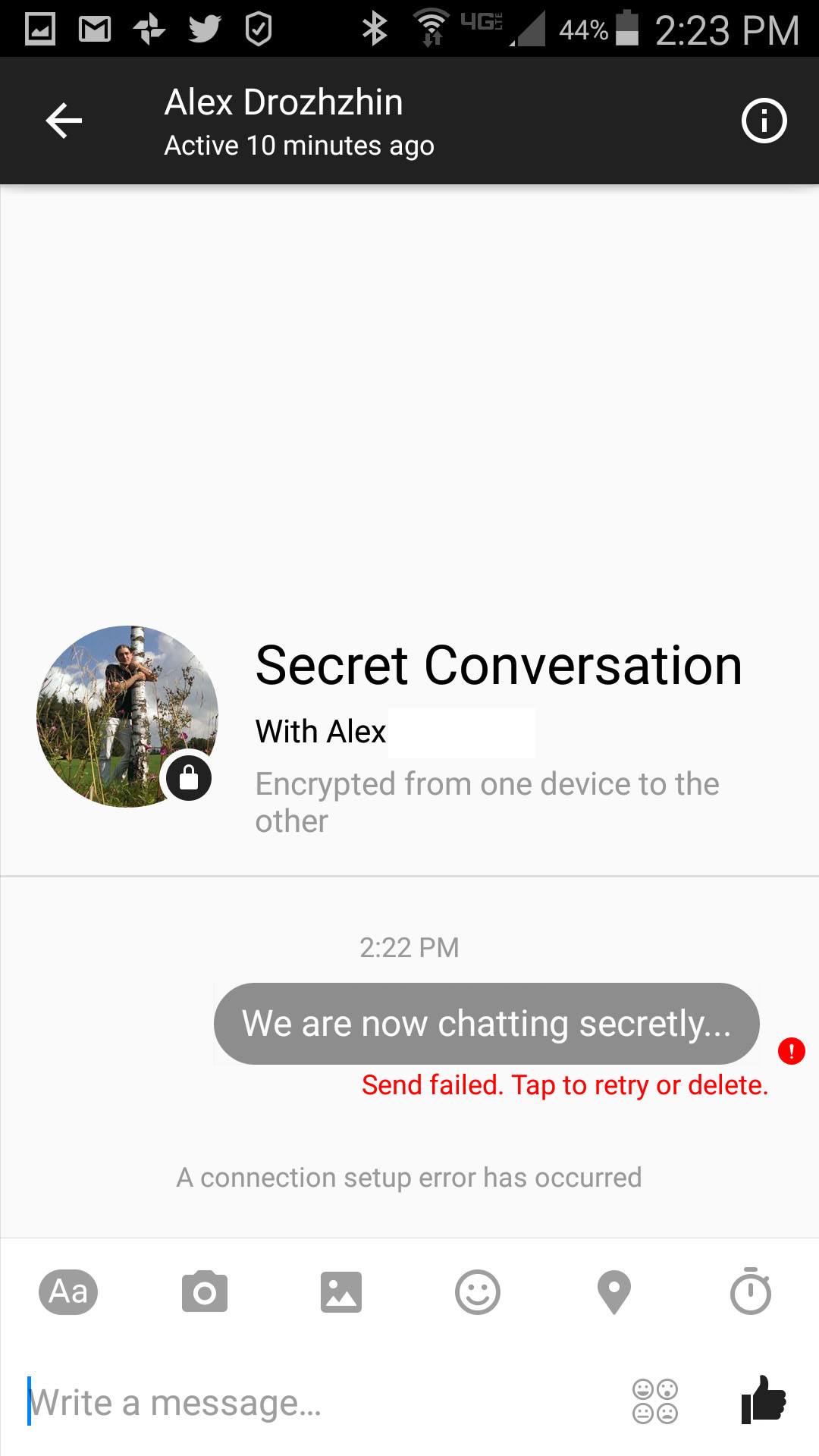 When the conversation is working properly, you will see the chat go through. 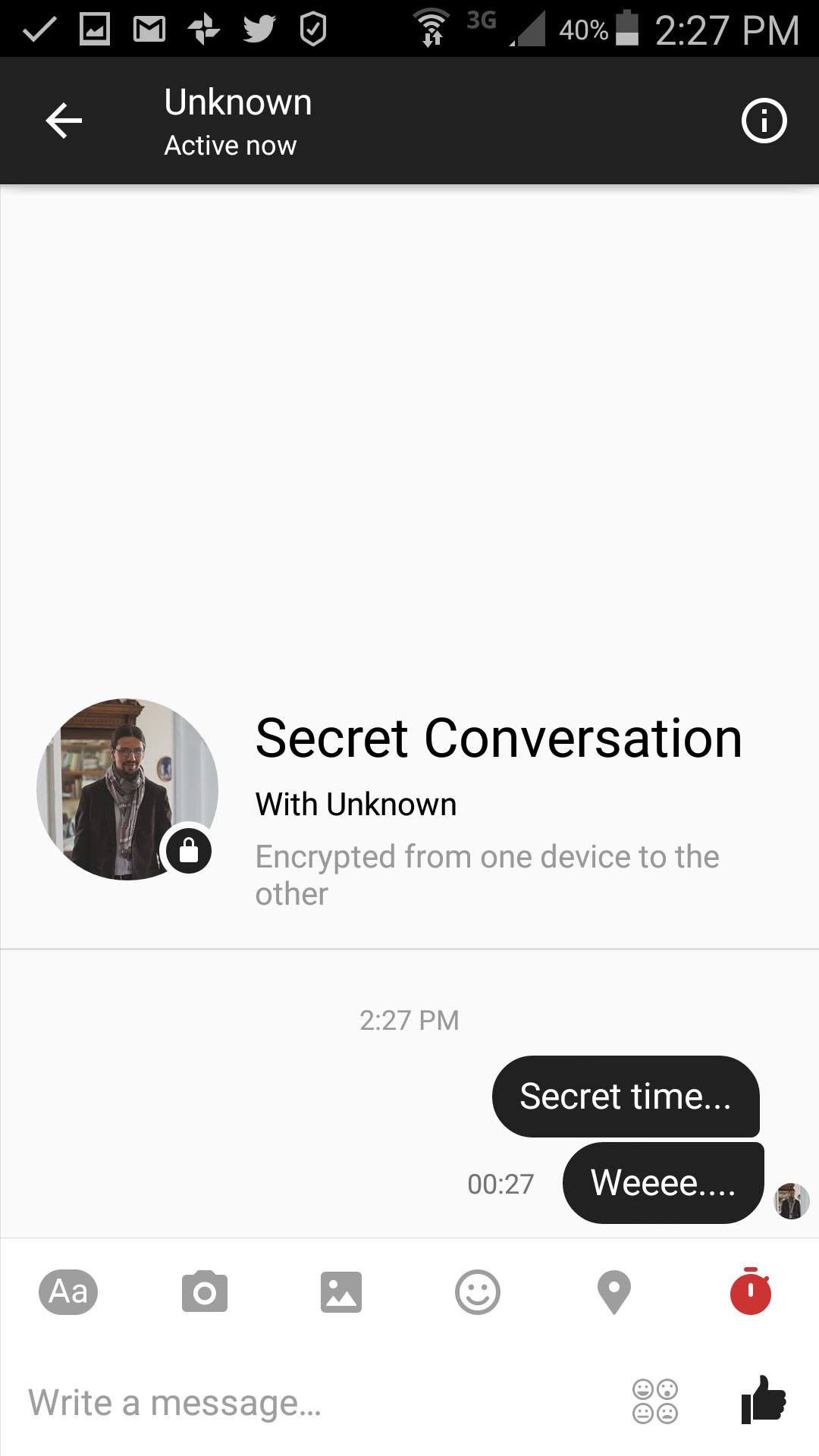 As you can tell, we were excited to try this out with teammates around the globe.

While testing it out, we confirmed not only that we could not access the encrypted messages from our desktops, but also that if you set a message to expire it gets pretty fuzzy. 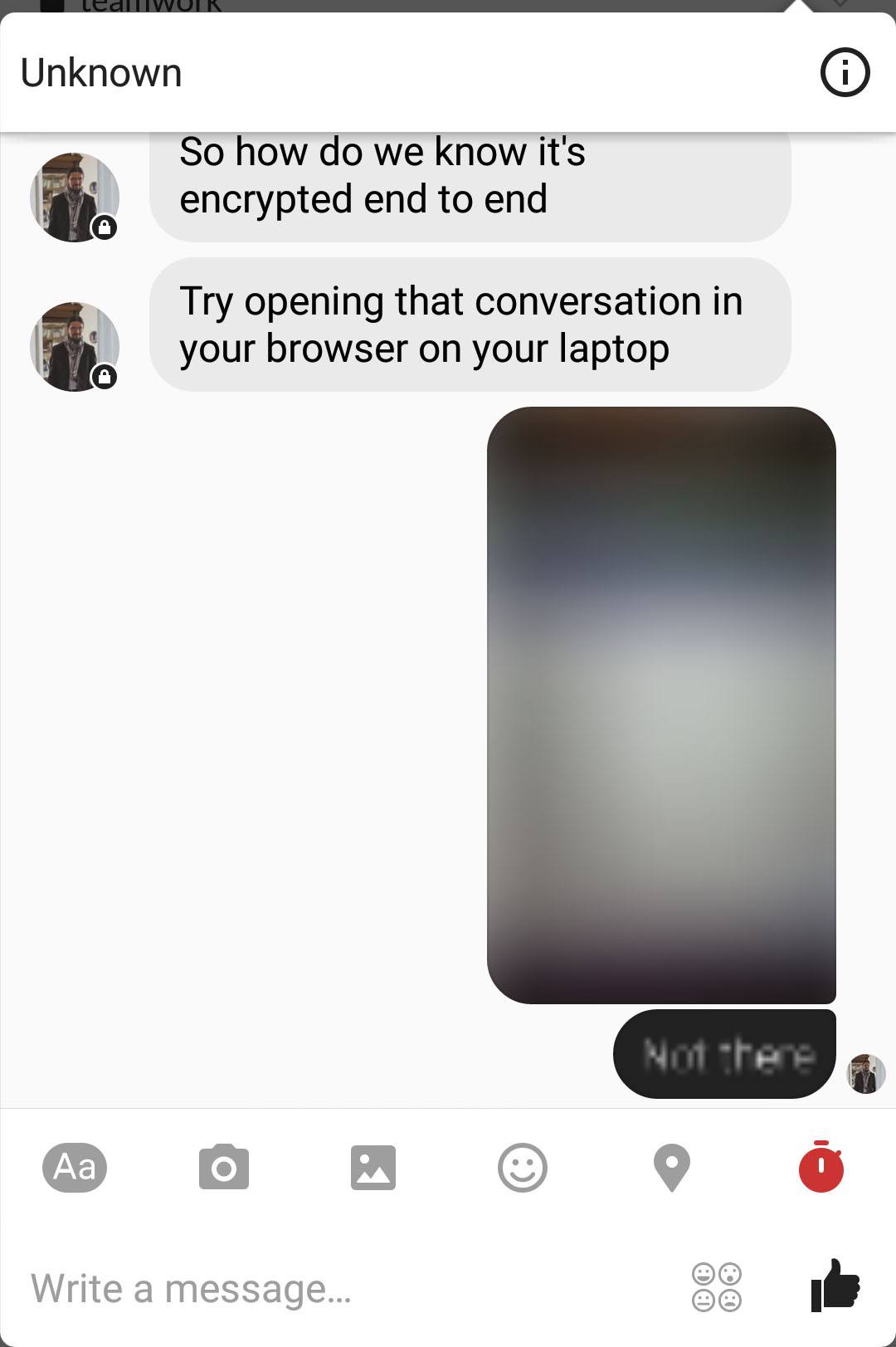 Finally, for those of you wondering: Yes, Secret Messages do support stickers…you know, for those times when words will not do.

Humanity is steadily getting older, which, in turn, increases the number of elderly people online. Today, almost almost 18% of Facebook users are 55 or older. We set out to learn what