What is the Internet of Things? Definition and explanation

What is the Internet of Things?

The Internet of Things, or IoT, is a system of interrelated computing devices that can collect and transfer data over a wireless network without human input.

It’s not just about laptops and smartphones: almost anything with an on/off switch can potentially connect to the internet, making it part of the IoT. For example, a ‘thing’ in the Internet of Things could be a person wearing a heart monitoring implant, a camera streaming live feeds of wild animals in coastal waters, or a car with built-in sensors to alert the driver of potential risks. Essentially, any object that can be assigned an Internet Protocol (IP) address and can transfer data over a network can form part of the Internet of Things.

How does the Internet of Things work?

An IoT system comprises sensors/devices that communicate with the cloud through a form of connectivity. Once data reaches the cloud, software processes it and decides whether to carry out an action, such as adjusting the sensors/devices, without the need for user input or sending an alert.

There are four distinct elements to a complete IoT system. Sensors or devices, connectivity, data processing, and a user interface. Let’s examine each in turn:

Once the device has collected data, it needs to send it to the cloud. It does this in different ways – including Wi-Fi, Bluetooth, satellite, low-power wide-area networks (LPWAN) or connecting directly to the internet via ethernet. The specific connectivity option will depend on the IoT application.

Once data reaches the cloud, software processes it and may decide to perform an action. This might involve sending an alert or automatically adjusting the sensors or device without user input. However, sometimes user input is required, which is where the user interface comes in.

If user input is needed or if the user wants to check on the system, a user interface enables this. Any actions carried out by the user are sent in the opposite direction via the system. From the user interface to the cloud and back to the sensors/devices to make the requested change.

The precise connectivity, networking, and communication protocols used by web-enabled devices will vary depending on the specific IoT applications. Increasingly, the IoT uses artificial intelligence (AI) and machine learning to make data collecting processes both easier and quicker.

There are a whole host of IoT applications. Some of the best known include:

Wearables are perhaps the most visible aspect of the IoT to the everyday user. These include fitness trackers, smartwatches, smart glasses, Virtual Reality headsets, and more.

Smart cities use IoT devices such as connected sensors and meters to collect and analyse data. This data can be used to improve infrastructure, public utilities, and services.

Self-driving cars typically have an IoT-based technology system that shares information about the vehicle itself plus the road it’s driving along. Data about traffic, navigation, the external environment, and more are gathered and analysed by the car's computer systems to enable it to drive on its own.

The Internet of Things is increasingly used in retail. For example, think of automated checkouts, personalized discounts, smart shelves (which alert the retailer when they’re running low on stock), robotic employees, and optimized supply chain management. Amazon Go – the concept stores from Amazon – is an example of the IoT bridging the gap between online and bricks and mortar. The stores are cashless since money is deducted from customers’ Amazon wallets. They also add items to customers' carts in real-time when they pick products from the shelves.

Telehealth – sometimes called telemedicine – refers to the delivery of health services via technology. The IoT is an essential aspect of telehealth (the acronym IoMT is sometimes used to refer to the Internet of Medical Things). Examples include remote medical diagnosis, digital communication of medical imaging, video consultations with specialists, etc.

Smart farming involves the use of digital technology to improve farming efforts. For example, farmers may use connected sensors, cameras, and other devices to improve the overall view of their farm and adjust operations to improve their yield.

History of the Internet of Things

The term ‘Internet of Things’ is often attributed to Kevin Ashton. In 1999, Ashton worked in supply chain optimization for Proctor & Gamble and used the phrase as the title of a presentation for a new sensor project he was working on, and it caught on. However, the Internet of Things pre-dates the label:

1970s: The idea of connected devices was then known as “pervasive computing”.

Early 1980s: The world’s first IoT device was invented at Carnegie Mellon University. A group of students created a way to ensure their campus Coca-Cola vending machine reported on its contents through a network to save them visiting the machine if it was out of drinks. They installed micro-switches into the machine to report on how many Coke cans were available and if they were cold.

1990: John Romkey connected a toaster to the internet for the first time.

1991: A group of students at the University of Cambridge used the first web camera prototype to monitor the amount of coffee available in their computer lab’s coffee pot. They did this by programming the web camera to take photos three times a minute of the coffee pot. The camera sent the images to local computers so users could check whether coffee was available.

2000: LG Electronics introduced the world’s first refrigerator connected to the internet. This enabled consumers to do their food shopping online and make video calls.

2008: The first International Conference on the Internet of Things was held in 2008 in Switzerland.

2010: The term Internet of Things started to gain traction. It became known that Google's StreetView service had not only made 360-degree pictures but had also stored data of people's Wi-Fi networks. This led to a debate about whether Google planned not only to index the internet but also the physical world. The same year, the Chinese government announced that the Internet of Things would be a strategic priority in its Five-Year-Plan.

2011: Gartner, the market research company that invented the ‘hype-cycle for emerging technologies’, included the Internet of Things as a newly emerging phenomenon on its list.

2012: Europe’s then-biggest internet conference – Le Web – took place with the theme ‘Internet of Things’. At the same time, magazines like Forbes and Wired increasingly started to use IoT as part of their vocabulary.

Mid/late 2010s: Throughout this period, devices with built-in Wi-Fi and 3G/4G connectivity became smaller, more powerful, and cheaper to produce. This increased the spread of the IoT.

By 2021, it was estimated that there were over 46 billion devices connected to the Internet of Things, with experts expecting this number to rise to over 100 billion devices by 2030. 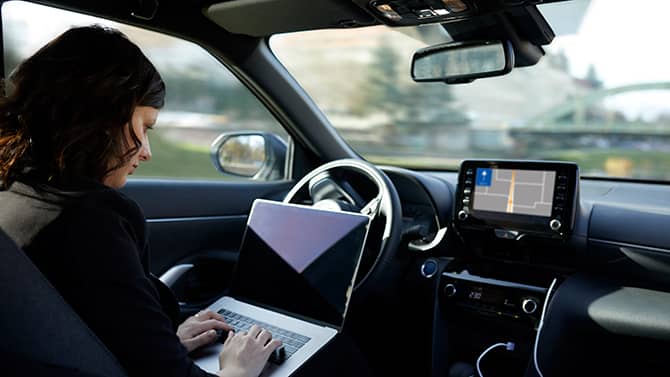 Internet of Things – pros and cons

Observers claim both advantages and disadvantages to the IoT. These include:

Automation – automation leads to uniformity in tasks, which can improve the quality of service and reduce the need for human intervention.

Cost savings – greater efficiency and automation can reduce both waste and labor costs, making it less expensive to manufacture and deliver goods.

Compatibility – without international compatibility standards, there could be difficulties in devices from different manufacturers communicating with each other.

Fewer jobs – as IoT accelerates automation, it could displace skilled positions from the workplace.

Complexity – given the sheer size of the IoT network, with many devices dependent upon it, a single failure in either software or hardware could have disproportionate consequences.

Some of the key privacy and security issues related to the Internet of Things include:

Vulnerability to hacking – for example, a team of researchers from Microsoft and the University of Michigan was able to find security holes in Samsung’s smart home platform.

Unwanted public profile – using IoT devices typically involves accepting terms of service, but many people don't bother to read lengthy documents and hit accept anyway. Companies gather extensive information about users based on their IoT devices – for example, an insurance company might collect data about your driving habits based on your smart car when calculating your life insurance. The same is true of fitness trackers.

Eavesdropping – manufacturers or hackers could use connected devices to eavesdrop on someone’s home.

You can read Kaspersky’s article on best practices for IoT security here.

What does the future hold for the IOT?

Given the scale and complexity of the Internet of Things, IoT devices can be vulnerable to cyber-attacks and data breaches. The industry takes this seriously and is working to provide better security for consumers. In the future, we will see greater use of embedded and end-to-end security solutions, as well as AI, blockchain, and edge computing solutions for IoT devices.

Post-Covid, it seems clear that IoT medical devices and IoT healthcare systems will play a more prominent role than before. Experts have been predicting an IoT revolution in healthcare for years now, and the pandemic has accelerated progress. More and more medical appointments are taking place via teleconsultations, and we’re seeing the rise of remote monitoring solutions and IoT-based smart wearables, health trackers, and sensors.

The rise of smart cities

Cities worldwide will increasingly look to smart technologies to improve operational efficiency, share information with the public and provide a better quality of government service and citizen welfare.

Some of the biggest spending in IoT infrastructure in the years ahead will be in artificial intelligence and machine learning. AI-driven IoT creates intelligent machines that enable smart behavior and decision-making with little or no human interference.

5G – or fifth-generation cellular wireless – means greater speed. Faster networks mean the data gathered by your IoT devices will be analysed and managed on a greater scale. This is likely to accelerate the growth of the Internet of Things. However, as more IoT devices connect directly to the 5G network rather than a Wi-Fi router, new privacy and security concerns will emerge.

What is the Internet of Things? Definition and explanation

Kaspersky
The Internet of Things (IoT) is a collection of devices that are connected to the Internet. Learn more about IoT, how your business can benefit from it and IoT security here.

What are NFTs and how do they work?

What is extended detection and response (XDR)?

What is hacking? And how to prevent it