Encryption in cyber security is the conversion of data from a readable format into an encoded format. Encrypted data can only be read or processed after it's been decrypted.

Encryption is the basic building block of data security. It is the simplest and most important way to ensure a computer system's information can't be stolen and read by someone who wants to use it for malicious purposes.

Data security encryption is widely used by individual users and large corporations to protect user information sent between a browser and a server. That information could include everything from payment data to personal information. Data encryption software, also known as an encryption algorithm or cipher, is used to develop an encryption scheme that theoretically can only be broken with large amounts of computing power.

How does encryption work?

When information or data is shared over the internet, it goes through a series of network devices worldwide, which form part of the public internet. As data travels through the public internet, there is a chance it could be compromised or stolen by hackers. To prevent this, users can install specific software or hardware to ensure the secure transfer of data or information. These processes are known as encryption in network security.

Encryption involves converting human-readable plaintext into incomprehensible text, which is known as ciphertext. Essentially, this means taking readable data and changing it so that it appears random. Encryption involves using a cryptographic key, a set of mathematical values both the sender and recipient agree on. The recipient uses the key to decrypt the data, turning it back into readable plaintext.

The more complex the cryptographic key, the more secure the encryption – because third parties are less likely to decrypt it via brute force attacks (i.e. trying random numbers until the correct combination is guessed).

Encryption is also used to protect passwords. Password encryption methods scramble your password, so it's unreadable by hackers.

What are the most common techniques of encryption?

The two most common encryption methods are symmetric and asymmetric encryption. The names refer to whether or not the same key is used for encryption and decryption:

Encryption algorithms are used to turn data into ciphertext. An algorithm uses the encryption key to alter the data in a predictable way so that, even though the encrypted data will appear random, it can be turned back into plaintext by using the decryption key.

3DES stands for Triple Data Encryption Standard. This is a symmetric key algorithm, and the word “triple” is used because data is passed through the original DES algorithm three times during the encryption process. Triple DES is being slowly phased out but still manages to make a dependable hardware encryption solution for financial services and other industries.

AES stands for Advanced Encryption Standard and was developed to update the original DES algorithm. Some of the more common applications of AES algorithm include messaging apps such as Signal or WhatsApp and the file archiver program WinZip.

RSA was the first asymmetric encryption algorithm widely available to the public. RSA is popular due to its key length and therefore widely used for secure data transmission. RSA stands for Rivest, Shamir, and Adleman – the surnames of the mathematicians who first described this algorithm. RSA is considered an asymmetric algorithm due to its use of a pair of keys.

Used in both hardware and software, Twofish is regarded as one of the fastest of its kind. Twofish is not patented, making it freely available to anyone who wants to use it. As a result, you’ll find it bundled in encryption programs such as PhotoEncrypt, GPG, and the popular open-source software TrueCrypt.

Used in WEP and WPA, which are encryption protocols commonly used in wireless routers. 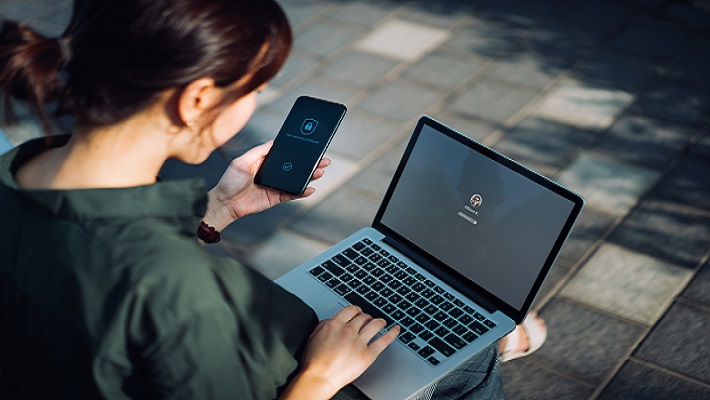 In transit vs at rest encryption: What’s the difference?

Data is considered in transit when moving between devices, such as within private networks or over the internet. During transfer, data is at greater risk because of the need for decryption before transfer and the vulnerabilities of the transfer method itself. Encrypting data during transfer, referred to as end-to-end encryption, ensures that even if the data is intercepted, its privacy is protected.

Data is considered at rest when it sits on a storage device and is not actively being used or transferred. Data at rest is often less vulnerable than when in transit since device security features restrict access, but it is not immune. Additionally, it often contains more valuable information, so it is a more appealing target for thieves.

One way to protect data at rest is through TDE. This stands for Transparent Data Encryption and is a technology used by Microsoft, Oracle and IBM to encrypt database files. TDE protects data at rest, encrypting databases both on the hard drive and consequently on backup media. TDE does not protect data in transit.

What is end-to-end encrypted data?

Resetting end-to-end encrypted data is possible. On an iPhone, for example, this can be necessary if you forget your password to regain access to your device. If you do this, you won’t be able to use any of the previously encrypted backup files. But you can use iTunes to back up your iOS device again and set a new password for your backed up data.

Hackers don't just steal information; they can also alter data to commit fraud. While it is possible for skilled hackers to alter encrypted data, recipients of the data will be able to detect the corruption – allowing for a quick response.

Many industries – for example, financial services or healthcare providers – have strict regulations about how consumer data is used and stored. Encryption helps organizations meet those standards and ensure compliance.

Most of us use multiple devices in our day-to-day lives, and transferring data from device to device can carry risks. Encryption technology helps protect data across devices, even during transfer. Additional security measures like advanced authentication help to deter unauthorized users.

More and more users and organizations are storing their data in the cloud, which means cloud security is essential. Encrypted storage helps to maintain the privacy of that data. Users should ensure that data is encrypted in-flight, while in use, and at rest in storage.

Many organizations have remote offices, especially post-pandemic. This can pose cybersecurity risks as data is being accessed from several different locations – encryption helps guard against theft or accidental loss of data.

Digital rights management systems encrypt data at rest — in this case, intellectual property such as songs or software—to prevent reverse engineering and unauthorized use or reproduction of copyrighted material.

There are many important uses of encryption

Most of us encounter encryption every day. Popular uses include:

Encryption in cyber security is a way of protecting private information from being stolen or compromised. Another important aspect of online safety is using a high-quality antivirus solution, such as Kaspersky Total Security, which blocks common and complex threats like viruses, malware, ransomware, spy apps, and the latest hacker tricks.

What is Data Encryption?

Kaspersky
Encryption is a practice of encoding data so that it is no longer in its original form and can't be read and is an important part of data security.

What is a Zero-day Attack? - Definition and Explanation

Internet security: What is it, and how can you protect yourself online?

What is Rootkit – Definition and Explanation